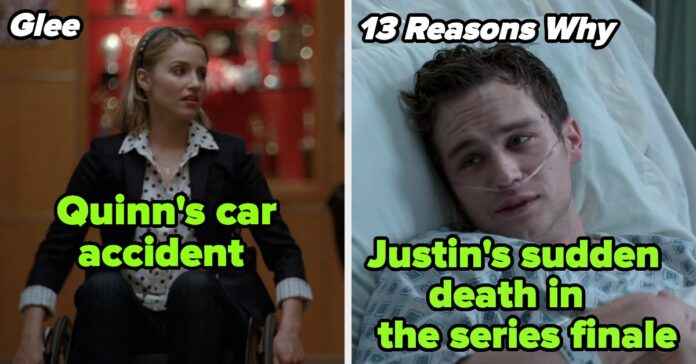 “I’ve been rewatching The O.C. lately, and I feel like they put Marissa through so much unnecessary trauma. One example that especially sticks out to me is when Ryan’s older brother, Trey, attempted to sexually assault her on the beach. Even though it gave us that iconic ‘mmm whatcha say’ scene, I think the storyline itself was 100% unnecessary. This poor girl had already been through so much — her dad losing all of their family’s money and then basically abandoning her, nearly killing herself via overdose in Tijuana, her mom having an affair with her ex-boyfriend, the Oliver scenario, and her obvious issues with alcohol. The storyline led to her having to shoot Trey to save Ryan’s life, which in turn resulted in her getting kicked out of school and going on a total downward spiral that eventually led to her death. Plus, they barely focused on how Marissa felt in the aftermath of the assault — it was mostly about how it impacted Ryan.”