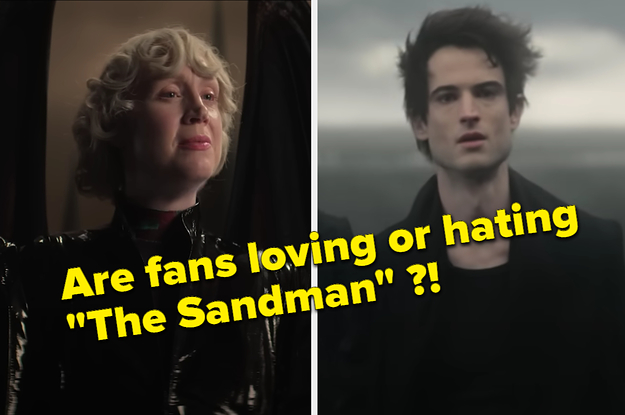 In today’s edition of fan reactions, I’m taking you on a tour of what people are saying (or borderline stewing) about The Sandman, the fantasy drama that’s been the talk of Netflix over the last few weeks.

I’m sure you’ve heard of the show or at least seen the thousands of fan artwork making their way across twitter! But, let’s recap shall we? The Sandman is a fantasy drama based on the comic book written by Neil Gaiman and published by DC Comics. Gaiman, David S. Goyer and Allan Heinberg developed the series for Netflix, dropping ten episodes in Season 1 at the beginning of August.

The show tells the story of Morpheus, the personification of dreams, who is captured in an occult ritual in 1916. After 106 years of being held captive, Dream escapes and sets out to restore order to his realm, The Dreaming.

Now, as usual comic book adaptations, there’s a lot of differing fan opinions on the show that range from true binging-lovers, to those who are questioning why it got the green light. Speaking of green lights, The Sandman hasn’t had the official renewal go-ahead from Netflix for Season 2, but according to Small Screen, the creators have said Season 2 is built, shaped, and constructed, so fans are watching out for Netflix’s decision on the series.