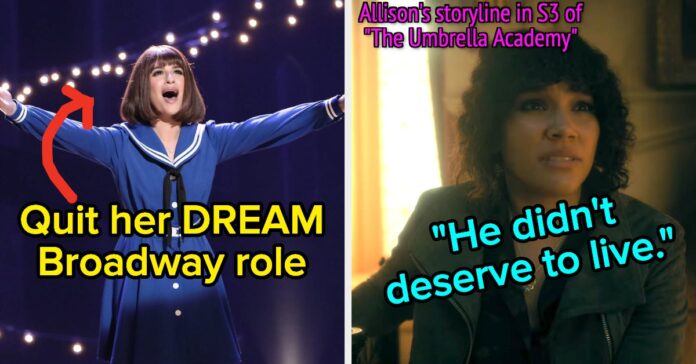 “Miles was known for putting other people before himself, and he would have comforted Lola when he saw something was clearly going on with her. We saw him do it with Esme, Tristan, and Hunter so why would Lola be different? They also basically had zero conversations after her abortion, which made no sense. It was so odd for his character to be written like that, let alone in a situation as big as pregnancy/abortion.”

“I know Miles didn’t know Lola was pregnant, and I have no doubt that he would have supported her if he had actually known what was going on, BUT his nonchalant behavior in this episode has still always felt super out-of-character to me. Given his own complicated relationship with his father, why wouldn’t he care that he had gotten someone pregnant? Especially considering it was Lola, someone he fully admitted to falling in love with. He once dropped everything just to make sure Esme was okay, and he didn’t even have the same serious feelings for her. I feel like Miles was only written that way because the writers didn’t want to involve him in the pregnancy storyline for some reason.”