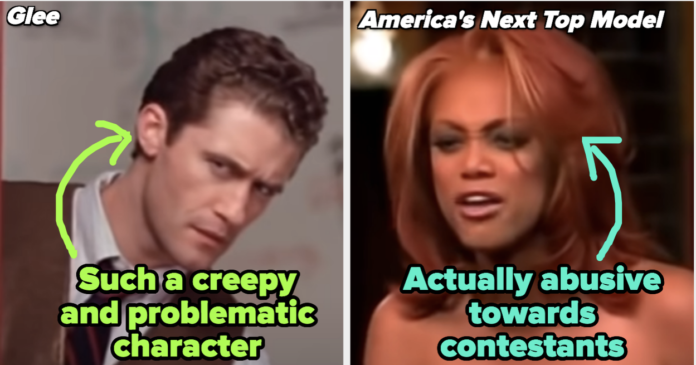 “I still love HIMYM, but man, a lot of the jokes have not aged well. I have it on right now, and last episode, Barney said, ‘The only reason to wait a month for sex is if she’s 17 years and 11 months old.’ Like, Jesus Christ, dude. Also, a lot of T-slurs and blaccents. And a shocking number of jokes about Robin being attracted to minors. Also, I’m gonna say it, Ted is a worse person than Ross. But the difference is that Ted gets rewarded almost every single time. The entire series revolves around the main characters being consistently terrible and then doing one good thing so everyone forgives them. Or like, ‘Oh no, Ted is so sad because he couldn’t cheat on his girlfriend :’(,’ like fuck you Ted. And fuck Robin, too. They deserved each other, and Ted’s wife was too good for him. Marshall and Lily are cool, though.”

“It’s still a bit of a comfort watch, but Barney’s character has aged like milk. You couldn’t get away with so much of the shit he said now. I think he bragged about selling a woman once? Robin and Lily are kind of pick-mes, and Ted is a creep. He literally wore Robin down for years and essentially forced her to date him. Marshall remains amazing, though.”