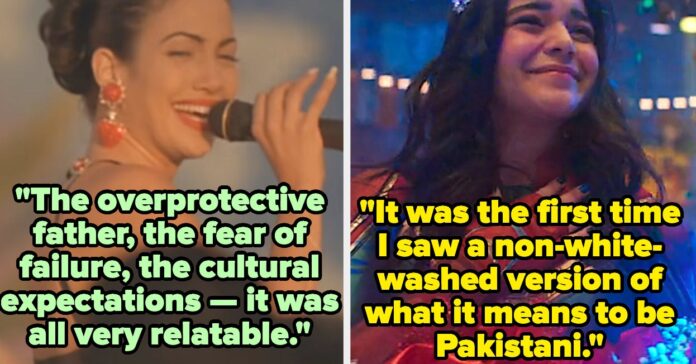 “I’m a Muslim who doesn’t cover her head and has a relatively normal relationship with my family. So to know there is a Muslim superhero who doesn’t wear the hijab and has normal teenage issues warms my heart. It’s so nice to see people from my community in the mainstream and depicted as having lives beyond the worlds of home and prayers.“

“She was the first Muslim Pakistani girl onscreen who believed in herself and had a supportive (Desi) family and a group of friends. I’m sick and tired of seeing the trope that Muslims are either oppressed or repressive, lead some sort of tragic life, and are forced to wear the hijab. Shoutout to Nakia too. She’s religious but also fierce, independent, and isn’t afraid to stand up for what she believes in.”