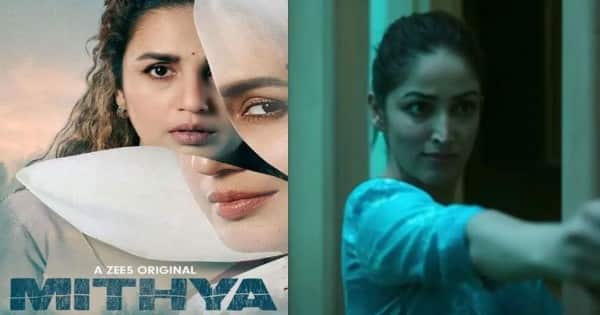 Homecoming on SonyLiv, Mithya on ZEE5, A Thursday on Disney+ Hotstar, Bestseller on Amazon Prime Video, and more new movies and web series to watch this weekend on various OTT platforms. The weekend is here and as always we have arrived with a What to watch list that will set your mood for a perfect weekend. Below is the list of movies and web series that you can binge-watch during the weekend. Also Read – A Thursday: Yami Gautam reveals why she didn’t want to shoot the film after getting married

Directed by Soumyajit Majumdar, Homecoming stars Tushar Pandey, Sayani Gupta, Plabita Borthakur, Soham Majumdar, and Hussain Dalal in main roles. The musical drama is about a group of friends who reunite after several years and relive their memories. Also Read – Rannvijay Singha in Roadies to Remo D’Souza in Dance India Dance: 6 TV show judges who were REPLACED on HIT shows; know the reason

The series follows the titular character through New York’s Upper West Side who has the perfect family. But, she soon discovers a stand-up comedy talent within herself.

Rohan Sippy’s psychological thriller series Mithya stars Huma Qureshi, Avantika Dassani, Parambrata Chattopadhyay, Rajit Kapur, and Samir Soni in important roles. This series is an adaptation of the 2019 British series Cheat. The storyline of this series showcases a conflicted relationship between a Hindi literature professor and her student.

Directed by Behzad Khambata, the film stars Yami Gautam, Neha Dhupia, Karanvir Sharma, and Atul Kulkarni in main roles. The story is about a playschool teacher who kidnaps 16 small students and sends repercussions throughout the country.