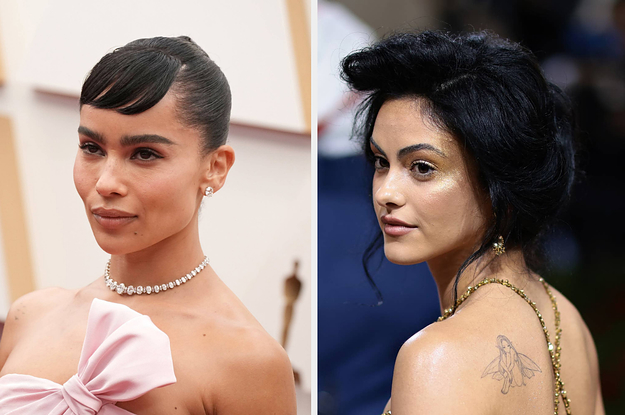 Growing up in the limelight as the daughter of Lisa Bonet and Lenny Kravitz definitely has had its toll on Zoe Kravtiz. In the 2015 April/May cover issue of Complex featuring her, she revealed her struggles with having an unhappy relationship with food. “I had a really hard time when I was 16, 17, 18. I started with the eating disorder in high school…Just [a hard time] loving myself,” she said.

She went on to explain how playing the role of an anorexic teen in the 2014 dramedy The Road Within caused her to restart her unhealthy eating patterns at the age of 25. Having lost a considerable amount of weight for the role, she wasn’t happy with her 90-pound figure either. “It was fucked up, man,” she said. “You could see my rib cage. I was just trying to lose more weight for the film but I couldn’t see: You’re there. Stop. It was scary.”

Kravitz also revealed that the recovery process was not easy and that she was hard on herself. She wasn’t happy gaining back all the weight she had lost even though she had lost her periods and her thyroid had been thrown off risking her immune system. “I was like, ‘I don’t want to gain weight,’ as opposed to being like, ‘Good, I’m a normal human being,'” she said.