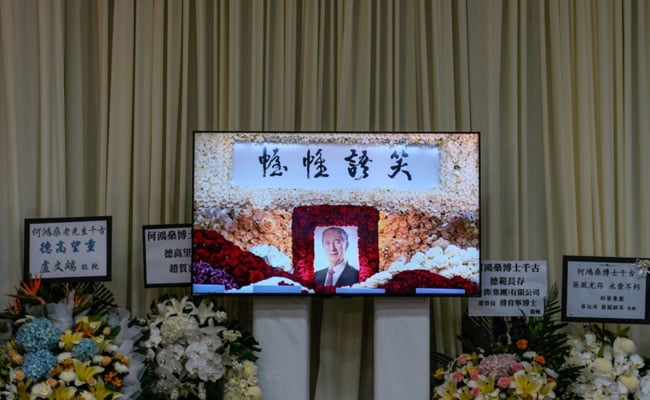 From an outsider’s view, the Ho dynasty would seem to have all the makings of a super-sized, real-life version of HBO’s “Succession.”

The patriarch, the late Stanley Ho, fathered 17 children with four different women he called wives, making for a sprawling and complex family tree that’s had its share of disputes.

“If you only have a core business, you definitely cannot involve everyone,” said Winnie Peng, an adjunct associate professor who studies Asian family businesses at the Hong Kong University of Science and Technology. “With 17 children, how do you give them different positions and ensure they don’t fight against each other?”

The Hos came up with a different solution: Some of the offspring went their own way, leaving management of the casino empire to a select few. That’s helped keep public conflicts largely at bay — the clan showcased unity at Stanley Ho’s funeral in 2020 — even though a local court was tasked last year with naming administrators for his estate after the family failed to reach an agreement. 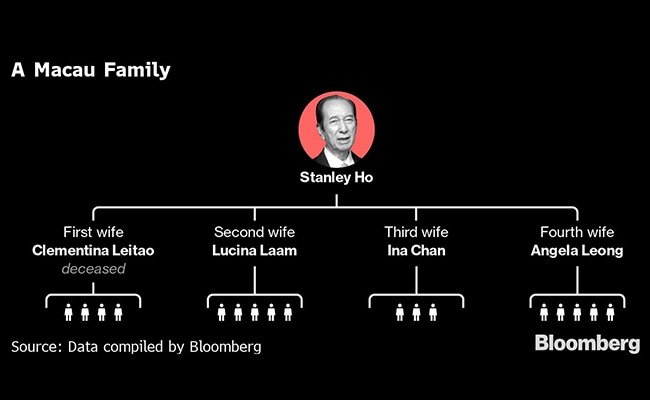 For the empire, ensuring there is no infighting is particularly important as it faces one of its biggest challenges.

The Ho companies have been under increasing pressure with Covid-19 crippling the casino industry and Macau pushing to decrease its reliance on the sector amid growing scrutiny from the Chinese government. Police recently arrested the heads of the city’s two biggest junket operators, just as the former Portuguese enclave said it would reduce the terms of its gaming licenses, which are up for renewal in June. The Hos have three of the six permits.

The impact has been clear: At SJM Holdings Ltd., the main vehicle of the family’s business that controls the largest number of casinos in Macau, annual gaming revenue in the city was down 70% last year from its pre-pandemic level. The company’s market value is a fifth of what it was at its peak in 2013.

The plunge has cost the family $4 billion since November 2020, when it was Asia’s 17th richest dynasty, according to the Bloomberg Billionaires Index. Now worth $10.6 billion, the Hos are no longer among the region’s 20 wealthiest clans.

SJM didn’t respond to calls and emails requesting comment for this story.

The move to streamline the business came even before the patriarch’s death. Three years ago, his offspring from the second wife gained control of SJM’s board by forging an alliance with another group of shareholders, with none of the other children or surviving wives publicly contesting the agreement.

Daisy Ho, a daughter from that union, has been heading SJM since 2018, while her sister Pansy has been the co-chair of MGM China Holdings Ltd. for years. Together, they also lead property developer Shun Tak Holdings Ltd., and their brother Lawrence is the chairman of Melco International Development Ltd.

Sabrina Ho, a daughter from Stanley’s fourth wife, is one of the children who branched out, encouraged by her father. He told her he never placed bets, something that stuck with her and pushed her to look beyond gambling. 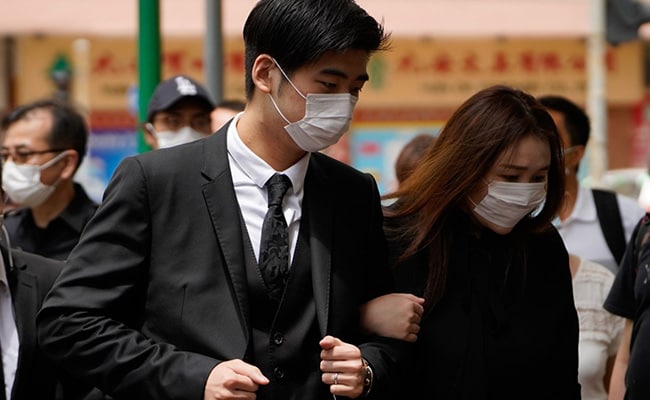 Sabrina Ho, daughter of Macau gambling tycoon Stanley Ho, and her husband arrive at her father’s funeral in Hong Kong.

So instead of vying for a role in the family’s gambling empire, the 31-year-old heiress turned to the arts.

Her family helped set up Poly Auction Macau, the local unit of China’s Poly Culture Group Corp., which is part of a state-owned conglomerate with $58 billion in annual revenue that deals in everything from art to weapons. Despite having little experience in art beyond a stint as a telephone operator for the parent company in Beijing, Sabrina became Poly Auction Macau’s chief executive officer.

Her siblings are increasingly looking outside for their own path.

Mario, Ho’s youngest son, is an executive at a Hong Kong-listed e-sports and gaming company and has stated plans for a platform of family offices in the Greater Bay Area. Josie, a singer and actress, founded her own film company and has toured with her rock band. Laurinda touts her beef noodles franchise on her popular Instagram account.

Even Lawrence, Melco’s head, is turning to other investments. His family office, Black Spade Capital, bought a medical imaging firm in the former British colony and launched a special-purpose acquisition company in the U.S. last year.

In China, branching out can be a way for entrepreneurs to show they are capable of success beyond their core business — but it can also be used to plan for succession of large fortunes and put family empires on more solid footing during difficult times, according to Peng of the Hong Kong University of Science and Technology. Even if ventures contribute little to the Ho fortune, they help keep management of the casino empire stable.

“If we know that the external environment is not that stable, we want to reduce risk,” Peng said. When the offspring goes different ways, “it definitely helps,” she added.