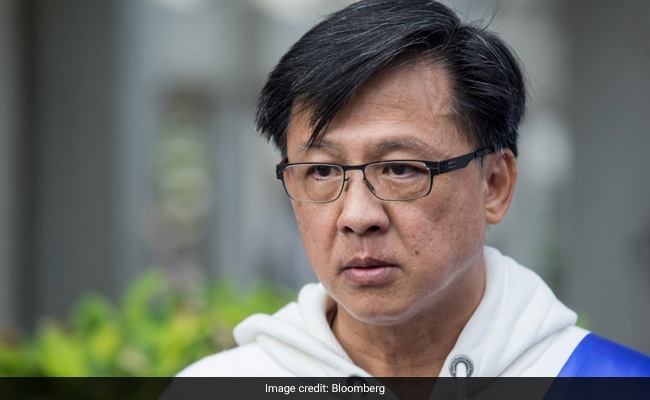 Junius Ho went to Shenzhen just days after the party — and ignoring their own dictates.

One day in quarantine was all it took for pro-China lawmaker Junius Ho to condemn the harsh, knee-jerk pandemic restrictions his government has imposed on Hong Kong citizens for nearly two years.

“The government’s work is completely out of line!” Ho wrote on his verified Facebook page, after learning he’d been needlessly quarantined over a false positive Covid-19 case at a party of some 200 people he attended last week with dozens of political elites. “I could have asked my driver to pick me up!” he said, bemoaning his sudden release to a local subway station, after less than 24 hours in isolation.

Ho’s reaction, and the revelation that politicians flouted their own guidance on avoiding mass gatherings to attend the Jan. 3 birthday celebration of an official with ties to Beijing, has sparked schadenfreude among weary Hong Kong residents snickering at well-to-do aristocrats who are finally experiencing the weight of their own restrictions.

Even fully vaccinated residents have long lived in fear of being ordered into a 21-day quarantine apart from their families and homes for fleeting contact with a positive case, and been frustrated by strict border controls that prohibit travel and stifle international business. Meanwhile, members of the ruling class have been hopping over the mainland China border without isolation — Ho went to Shenzhen just days after the party — and ignoring their own dictates. One minister at the party, Immigration Minister Au Ka-wang, was already fined last year for attending a dinner in violation of Covid rules.

The episode has stoked public anger in a city where many residents view the government as run by out-of-touch officials only concerned with pleasing China. Beijing last year overhauled the city’s electoral system to install a legislature loyal to the Communist Party, and in 2020 imposed a national security law that’s prompted authorities to lock up dozens of opposition candidates and shutter critical media outlets.

Public outrage in Hong Kong is growing as more details emerge about the birthday of Witman Hung, an IT professional and investor who has political ties to the mainland and serves as the local representative for the Shenzhen Qianhai Authority, which manages a nearby economic zone. It comes as the city imposes new restrictions, such as closing bars and beaches, in a dogged pursuit of a Covid Zero strategy to eliminate all cases as much of the rest of the world attempts to live with the virus.

One Hong Kong resident with the surname Wong who runs a financial consulting firm in the city said he was disappointed by reports that not all party attendees used the LeaveHomeSafe contact tracing app, which the government has made mandatory at restaurants.

But Wong said he wasn’t particularly surprised by the vast number of political elites in attendance, including Police Chief Raymond Siu and Home Affairs Secretary Caspar Tsui, even after Health Secretary Sophia Chan called on the public to avoid such events days before.

“That is a shadow of how the top-tier class of society works,” Wong said.

Twenty lawmakers also stopped by the party, jeopardizing their ability to attend the first session of the city’s “patriots-only” legislature installed in a December vote that attracted the city’s lowest ever election turnout. Four remained in quarantine Monday. 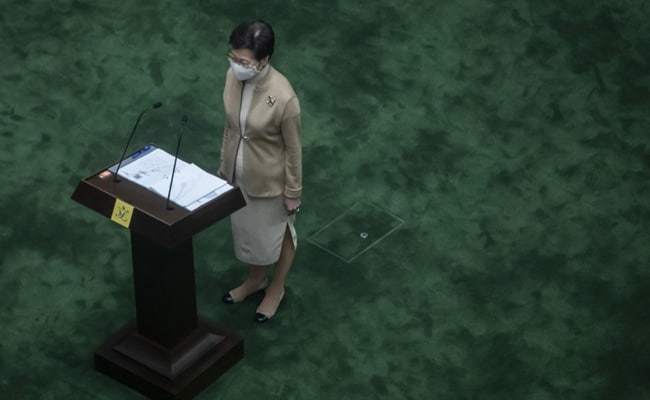 Hong Kong Chief Executive Carrie Lam, who must soon announce whether she’ll run for a second term next year, said at a press conference Tuesday that two investigations are underway: one into the birthday party and the other into Cathay Pacific.

“We do have expectations or requirements in terms of integrity,” Lam said Tuesday of the 14 government officials in attendance, adding that the restaurant was clearly “beyond the capacity” of its legal limits.

If a breach of discipline is confirmed, authorities in Beijing have told Lam to either suspend, demote, or even dismiss the officials, the South China Morning Post newspaper reported Monday.

The scandal is particularly awkward for Lam, who has called on corporate leaders to be held accountable for the actions of their employees. Only last week, Lam told Cathay Pacific bosses that “although the management may not be aware of all the actions that each employee takes, it’s not an excuse to not to be blamed.”

On Tuesday, Lam said if the other investigation found Cathay Pacific staff had used improper quarantine exemptions that would be considered serious non-compliance. “We will take the legal action once we have the full evidence,” she said.

For some government critics, the episode has offered a refreshing and rare reprieve from recent curbs on free speech in the former British colony.

“People very much enjoy talking about this because they can criticize the officials concerned freely, and it has nothing to do with the national security law at all, so it’s safe,” said Joseph Cheng, a veteran activist and retired political science professor who left Hong Kong when the security law passed. “A lot of people also see it as reflecting the new political ecology of the territory.”

Others are hoping Hong Kong’s strict quarantine rules might change now that top officials have experienced the policies that snatch healthy citizens from their work, home and families and put them in bare-bones accommodation for long stretches of time. 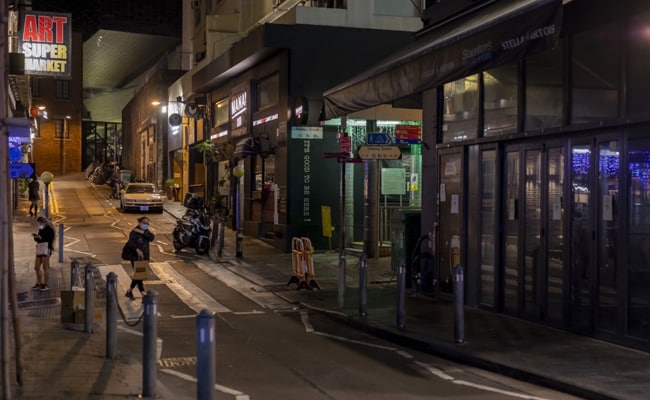 Pedestrians walk along near empty streets in Central, Hong Kong, on Jan. 7.

The government has already allowed some officials to serve quarantines at home, according to the SCMP, but it was unclear whether that would be extended to ordinary residents in the future — or was just another perk for the political class. Late on Monday, an official announced that quarantine for close contacts of Covid cases would be reduced to 14 days from 21 days due to the increasing pressure at government-run facilities.

“They should stay here for a night and experience like us,” Ho said in a Facebook Live from quarantine. As he prepared to leave his room, the lawmaker called the city’s anti-pandemic measures “as useless as building sandcastles on a beach.”

–With assistance from Kari Lindberg and Olivia Tam.