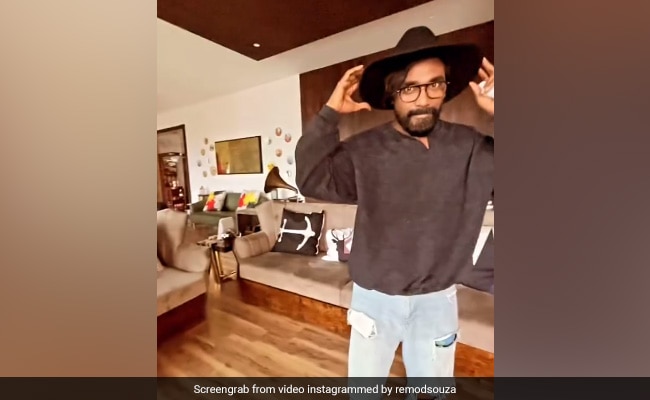 Remo in a still from the video. (courtesy: remodsouza)

Choreographer-turned-director Remo D’Souza and wife Lizelle D’Souza stay in a stunning Mumbai home, glimpses from which the couple shared during an episode ofAsian Paints Where The Heart Is Season 5. In the video, Remo gives a tour of his house. The house boasts of stunning decor pieces and flooring that is perfect for dancing, given Remo’s love for dance. The filmmaker also showed his pool table, a balcony with a view and a home theatre of sorts. The gymnasium was another highlight of the home.

In the video, Remo’s wife Lizelle said that she thinks the house sort of “saved” Remo’s life. Speaking of the time the director had a heart attack a few years ago, Lizelle said, “A lot of people came and said, after his incident, that ‘Lizelle, I think this house is not suiting you all, look what happened to Remo.’ I went to my pandit ji and he said look at it this way that Remo survived, he came back to this house,” she said.

Remo D’Souza who began his career as a background dancer, is now a celebrated choreographer and filmmaker. He is known for his choreographing hit numbers for films like Kick, Zero, Bajirao Mastani, Bajrangi Bhaijaan and Yeh Jawaani Hai Deewani, to name a few.

Other than that, Remo D’Souza has featured as a judge in dance reality shows like Dance India Dance, Dance Plus and Jhalak Dikhhla Jaa.

Remo D’Souza made his directorial debut with the 2011 film F.A.L.T.U. He then directed the super hit danced-based ABCD series and Race 3. He is also the creator of popular dance reality show Dance Plus.