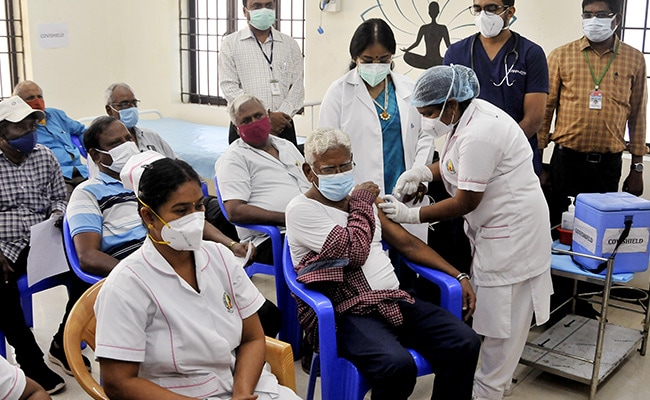 87 lakh people without any identity card at all have been vaccinated, the Centre said.

After the Central government told the Supreme Court on Monday that submitting Aadhaar card details is not a mandatory pre-condition on the CO-WIN portal for the COVID-19 vaccination, the top court asked the authorities not to insist on asking people for Aadhaar card for vaccination.

While disposing of a PIL claiming some centres insist on a Aadhaar card for vaccination, a Bench of Justices DY Chandrachud and Surya Kant asked the authorities to not insist on the production of the Aadhaar card as the only proof of identification for the purpose of administering COVID-19 vaccination.

“Ministry of Health & Family Welfare (MoHFW) filed an affidavit in the petition. It specifically records that the Aadhaar card is not mandatory for registration on the CO-WIN portal and any one of the nine documents can be produced. Production of the Aadhaar is not mandatory for availing vaccination. The grievance of the petitioner is duly met. All concerned authority shall act in pursuant to the policy of the health ministry,” the Bench said while disposing of the PIL.

Advocate Aman Sharma, appearing for the ministry, told the bench that Aadhaar is not the only pre-condition and 87 lakh people without any identity card at all have been vaccinated.

Advocate Mayank Kshirsagar who was representing the petitioner contended that the vaccination centres should not ask for Aadhaar card.

The PIL had sought directions to eliminate the mandatory pre-condition of submitting Aadhaar details in the CO-WIN portal for the COVID-19 vaccination centre/vaccinator while verifying an individual for the administration of the vaccine.

The plea had also sought direction for the Ministry of Electronics and Information Technology to make the necessary changes to the CO-WIN portal in consonance with the relief sought.

It had further sought direction to the Centre to update the CO-WIN portal with appropriate software/technical know-how rendering the same user-friendly, easy to use and access for all the citizens of India.

The plea had urged that authorities should not insist on the production of the Aadhaar card as the only proof of identification for the purpose of administering COVID-19 vaccination.

The PIL filed by Siddharthshankar Sharma, a Pune-based lawyer and social activist, said that contrary to the practical actions of MoHFW, recently another SOP/guideline has been issued by it wherein it directs the provision of vaccination for even those persons who do not possess any of the seven prescribed photo ID cards as mentioned in the Co-WIN portal.