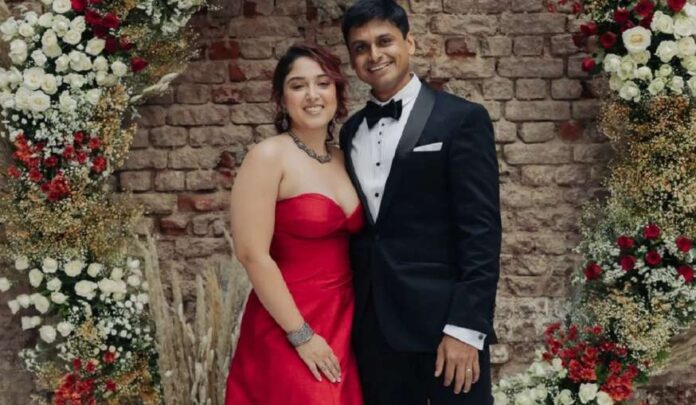 Ira Khan, daughter of Bollywood actor Aamir Khan, has shared the engagement video with her boyfriend Nupur Shikhare with fans on social media. Ira Khan and Nupur Shikahre were in discussion about their relationship since last year. Recently, both of them got engaged in the presence of family and friends, giving surprise to the fans. Photos and videos of Ira-Nupur’s engagement are becoming quite viral on social media. Ira Khan has shared the video of Ring Ceremony from her official Instagram account, in which both are looking very happy.

In the video, Aamir Khan’s daughter Ira Khan is looking handsome in a red gown while her fiancé Nupur Shikhare is looking handsome in a black tuxedo suit. In the video, Ira-Nupur first wear each other’s engagement rings and then start dancing happily. Seeing the happiness on the faces of both, it is clear that they were eagerly waiting for this day. Aira Khan and Nupur were in a relationship for a few years and keep sharing their pictures and videos with each other on social media. Aamir Khan, Reena Dutta, Kiran Rao, Azad Rao Khan, Imran Khan, Mansoor Khan and Aira’s grandmother Zeenat Hussain had reached this engagement party.

Please tell that Nupur Shikhare may not be from the film background but he had adopted the film style to propose Aira. Like a perfect script, Nupur Shikhare proposed to Aira Khan with a ring in September during a sports event. Whose video he shared on his social media account. Nupur Shikahre is a celebrity fitness trainer. Nupur Shikahre has also trained Bollywood actress Sushmita Sen and has also been the trainer of Aamir Khan during the film ‘Dangal’.