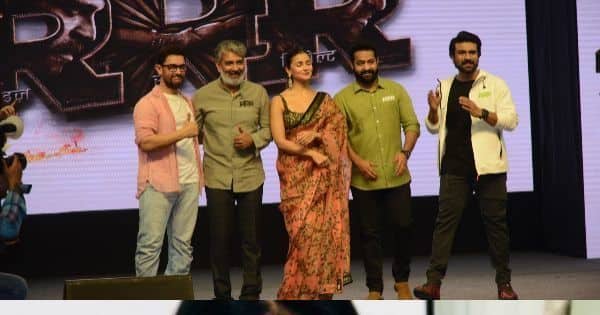 Aamir Khan, Jr. NTR and Ram Charan, Alia Bhatt, Samantha Ruth Prabhu, Nani and others are among the top newsmakers of today from South. If you have had a busy day and want to know what happened in the world of entertainment, you are at the right place. Aamir Khan promotes RRR in Delhi, Telugu actress Gayathri passes away in car accident, Samantha Ruth Prabhu gives free hugs and other such stories are a part of our trending South news. So read on to know more about our South newsmakers of the day. Also Read – RRR: Jr. NTR and Ram Charan keep it casual while Alia Bhatt charms in a beautiful saree as they promote the film in Delhi – view pics