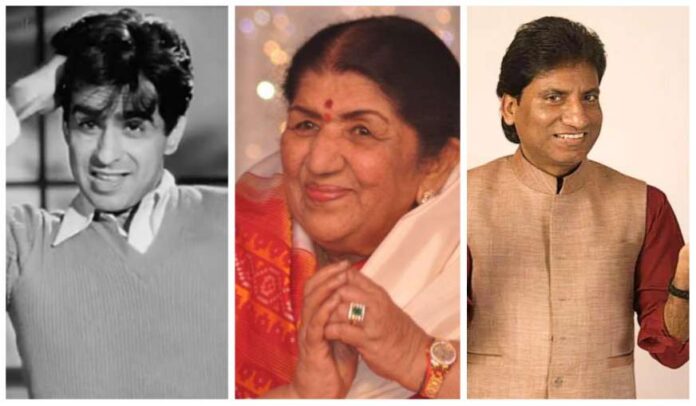 Bollywood celebs death rumour: The condition of veteran actor Vikram Gokhale is critical. Please tell that due to his deteriorating health, he has been admitted to the ICU. But last night the news of his demise started going viral. After which, along with the common people, the special ones also started paying tribute to him. But this news was not correct. At the same time, to put an end to these rumours, his daughter and wife issued a statement saying that the actor’s condition is critical and he is currently on life support system. Vikram Gokhale’s daughter had asked people to pray for the well-being of her father and the actor. Let us know which were such stars whose news of their death had come even before their death.

Dilip Kumar was admitted to the hospital every now and then. Then and then the rumor of his death had spread. But Dilip Kumar, the grandfather of the Bollywood film industry, died on the morning of July 7, 2021. Dilip Kumar’s family had tweeted giving an official seal to the news of the death.

Just like the rumors about the death of Vikram Gokhale and Dilip Kumar were spread, in the same way the news of Kader Khan’s death also spread prematurely. There came a time in the year 2013 when the rumor of Kader Khan’s death had spread. Kader Khan was so terrified by the news of his death that he himself came in front of the media and denied the rumor of his death and said that he is still safe. At the same time, on 31 December 2018, he had said goodbye to this world.

Lata Didi’s name is also included in this list. Let me tell you that once Lata Mangeshkar herself had to stop this news and give clarification. He wrote, Namaskar, ignore the rumors related to my health, everything is fine by the grace of God. After this, he died on 06 February 2022 after chest infection and shortness of breath last year.

Even before the death of comedian Raju Srivastava, the rumor of his death had shocked everyone. Let us tell you that while doing a workout in the gym of the hotel, he had a pen in the chest and he fell down. After this he was immediately admitted to the hospital. But he died on 21 September 2022.

Apart from these, there were rumors of death of actresses Mumtaz, Shakti Kapoor and Honey Singh, Amitabh Bachchan, but these stars are still present among us.