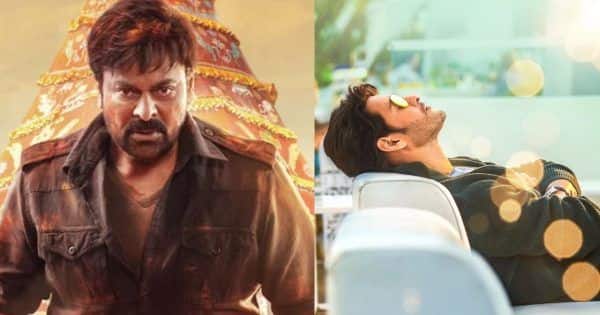 The Coronavirus pandemic is still around and is impacting the release dates of films. Now, the team of Chiranjeevi, Ram Charan and Pooja Hegde starrer Acharya has announced a new release date for the film. An official statement from the makers of the film read, “After a healthy discussion and on mutual understanding, we would be releasing Acharya on April 29th as RRR would be hitting the screens on March 25th.” The film was earlier scheduled to release on April 1 and clashing with Mahesh Babu‘s Sarkaru Vaari Paata. With the new release date, the clash has been avoided. Have a look at the official statement regarding the film’s new release date below: Also Read – RRR New Release date: Jr NTR, Ram Charan and Alia Bhatt starrer makers LOCK this date

Earlier in the day, the makers of RRR also announced its new release date. The Jr NTR, Ram Charan, Alia Bhatt starrer film will be arriving on March 25, 2022. The makers had earlier revealed that they are eyeing for either March 18 or April 22 release. They dropped a new poster announcing the release date of the film. Also Read – Trending South News Today: Pushpa star Allu Arjun gets sweetest surprise from daughter, Tamannaah Bhatia starts Kodthe dance challenge and more

RRR was earlier all set to release on January 7 and the promotions were on in full swing. But the third wave of COVID-19 resulted in the release date getting pushed. While announcing that RRR won’t be releasing on January 7, the makers had written on social media, “Inspite of our relentless efforts, some situations are beyond our control. As many Indian states are closing theatres, we are left with no choice but to ask you to hold on to your excitement. We promise to bring back the Glory of Indian Cinema and at the right time, WE WILL.” Also Read – South News Weekly Rewind: Puneeth Rajkumar’s last movie release date, Ajith’s’s AK61 release date and more