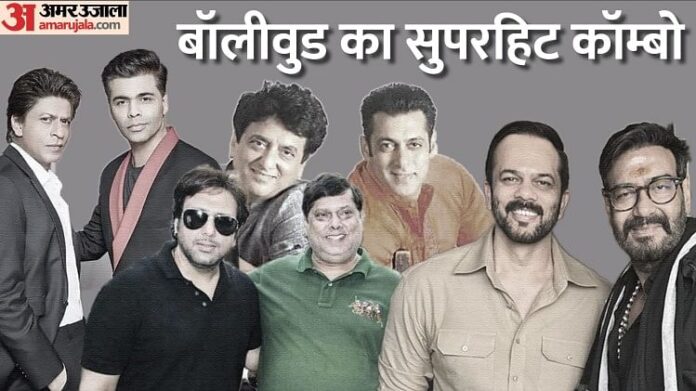 In Bollywood, you must have often heard stories of fight between two stars or stars and director. But there are many such stars in this industry whose friendship the world salutes. Today, in this article, we are going to tell you about the pairs of directors and actors of the cinema industry, who have worked together and made many brilliant films. Not only this, they are also very good friends of each other. So, without delay, let us tell you about some great director and actor pairs of the film industry…


Salman Khan, popularly known as the Bhaijaan of Bollywood, has carved a niche for himself in the industry, making him a fan favourite. Salman Khan’s name is considered enough for the films to become hit, but if Sallu Miyan’s pairing with Sooraj Barjatya and Sajid Nadiadwala on the screen becomes icing on the cake. Both these directors have a big hand in giving flight to Salman’s career. Suraj and Sajid have made many tremendous films with Salman Khan, including ‘Maine Pyar Kiya’, ‘Hum Aapke Hain Koun’, ‘Hum Saath Saath Hain’, ‘Prem Ratan Dhan Payo’.


These days, the name of Shah Rukh Khan, who is in the headlines for Pathan, is dominating the whole world. Shahrukh tells from time to time that he is not called the king of Bollywood for no reason. But two big directors have a hand behind making Shahrukh Khan the King of Bollywood from the small streets of Delhi. It is none other than Karan Johar and Yash Raj Chopra. Together Shahrukh has made amazing films like ‘Veera-Zaara’, ‘Jab Tak Hai Jaan’, ‘Kuch Kuch Hota Hai’, Dil Wale Dulhania Le Jayenge.


In the 90s and 2000s, there used to be tremendous craze in the minds of people regarding Govinda’s films. Everyone liked the actor’s dance to his comedy. Director David Dhawan used to be behind Govinda’s films. The pair of David and Govinda gave Bollywood more than one film, which was a success at the box office. From ‘Raja Babu’ to ‘Partner’, all the films of Govinda and David Dhawan will always tickle people’s ears.

Oscars 2023: These Indians have increased the country’s pride by winning Oscars, names from AR Rahman to Gulzar in the list


Ajay Devgan and Rohit Shetty are one of those director-actor pairs of today, whose coming together on screen is considered to guarantee a hit film. The two have made several films together, including blockbuster series like ‘Singham’ and ‘Golmaal’. Behind these two great film series is the amazing pairing of director Rohit Shetty and actor Ajay Devgan.

Naatu Naatu: ‘Naatu-Naatu’ got huge success at Oscars, the country danced with happiness, congratulations poured in on the internet