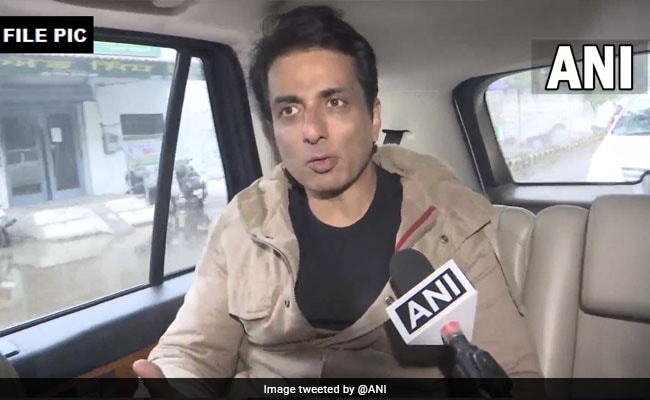 Bollywood actor Sonu Sood’s car was seized by Punjab Police today after he tried to enter a polling booth in Moga district. Voting for the 117-seat Punjab legislative assembly is being held today.

“Sonu Sood was trying to enter a polling booth. During this, his car was confiscated and he was sent home,” the Public Relations Officer of Moga district told ANI.

The official also said that action would be taken against Sonu Sood if he steps out of his house during polling.

The actor’s sister, Malvika Sood, is contesting from Moga as a Congress candidate. She joined the Congress on January 10 this year.

Sonu Sood said that he had gone out to check reports of money being distributed at some booths.

“We got to know of threat calls at various booths by Opposition, especially the people of Akali Dal. Money being distributed at some booths. So it’s our duty to go check and ensure fair elections. That’s why we had gone out,” Mr Sood said.

“Now, we’re at home. There should be fair polls,” the actor added.

Punjab is witnessing a multi-cornered contest among the Congress, AAP, SAD-BSP, BJP-PLC-SAD (Sanyukt) and the Sanyukt Samaj Morcha, a political front of various farmer bodies.

In the 2017 Punjab Assembly polls, Congress won 77 seats in the 117-member House, whereas Shiromani Akali Dal-BJP could win only 18 seats. On the other hand, AAP emerged as the second-largest party with 20 seats.