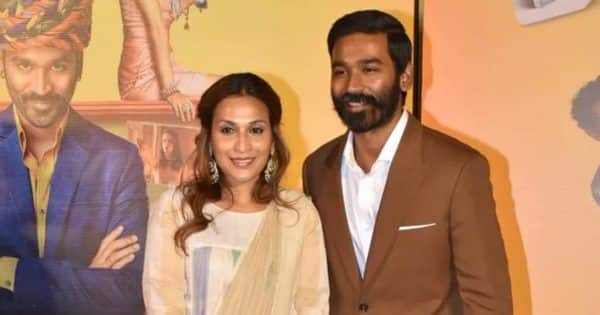 Aishwaryaa Rajinikanth’s separation with estranged husband Dhanush shocked the entire south film industry. The two ended their 18-year-long marriage. Their respective families have been trying to convince them to stay together. They have two sons, Yatra and Linga. After her split, Rajinikanth’s daughter contracted Covid-19 and her health also became a point of concern. However, Aishwaryaa believes in dealing with difficult situations in life as they come. Also Read – Dhanush and Aishwaryaa Rajnikanth’s divorce was not SURPRISING and expected; here’s why!

“I think we must cope in life (at every point). We just need to deal with whatever comes our way. Eventually, whatever is meant for us will come to us,” Aishwaryaa told Hindustan Times when she was asked about the rough start to the year 2022. Also Read – Sara Ali Khan schooled by netizens for pushing her staff member into the pool; ‘This is badtameezi’ – watch video

On late Monday night, January 17, Dhanush and Aishwaryaa put out a letter that reads, “18 years of togetherness as friends, couple, as parents and well-wishers to each other. The journey has been of growth, understanding, adjusting and adapting. Today, we stand at a place where our paths separate. Aishwaryaa and I have decided to part ways as a couple and take time to understand us as individuals for the better. Please do respect our decision and give us the needed privacy to deal with this.” Also Read – Trending South News Today: Ajith’s Valimai, Prabhas’ Radhe Shyam lock release dates, RRR gets solo release, Aishwaryaa Rajinikanth COVID positive and more

When Aishwaryaa was asked about her definition of love and if she is open to finding love again, she replied, “Love is a very generic emotion. It’s nothing to do with one human being or one personal thing. And as I evolve, the definition of love is also evolving with me. I love my dad. I love my mom. I love my children. So, I think love should not be constrained to some singular being (as far as giving love a second chance is concerned). I would like to say that yes, I love.”

Earlier, it was reported that Rajinikanth is very deeply affected by his daughter’s split and hasn’t come to terms with the reality. The report also stated that both the families are trying to pressurise the couple to reconcile. It was further revealed that fights between the couple were not uncommon. Dhanush and Aishwarya had bitter differences. But somehow Rajnikanth always managed to convince them to stay together.”