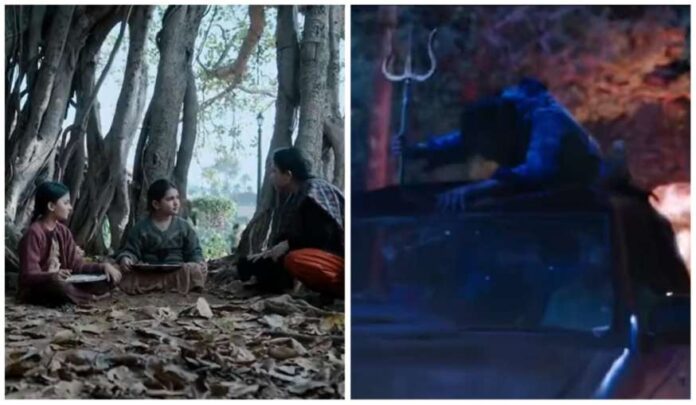 Bhola Teaser Out: The Dhansu teaser of Bollywood actor Ajay Devgn’s upcoming film ‘Bholaa’ has been released today. The audience is eagerly waiting for Ajay Devgn’s directorial venture ‘Bhola’ and after watching the teaser of the film, it is going to increase further. The 1 minute 27 second teaser of the film begins with an orphanage named Saraswati in Lucknow, Uttar Pradesh. Where the caretaker of the orphanage tells a little girl that someone is going to meet her, on hearing which the girl starts thinking who is going to meet her because she doesn’t have anyone.

After this, in the second scene, there is the entry of Ajay Devgan who is a prisoner and is about to be released from jail. Ajay Devgan’s entry takes place while reciting Shrimadbhagwadgita and at the end of the teaser, Ajay Devgan is seen applying bhasma and in a stunt scene, he jumps off the bike and attacks the car with a trishul. The teaser of the film is full of suspense and Ajay Devgan is seen in a dark character. The teaser has started trending on social media since its release. Ajay Devgan’s film ‘Bhola’ is the Hindi remake of South’s blockbuster film ‘Kaithi’.

Superstar Karthi Sivakumar played the main character in the film ‘Kaithi’. Ajay Devgan has also directed and produced this film. The story of the film revolves around the drug mafia, in which the audience will also get to see the bonding between father and daughter. Let us tell you that the remake of South’s films has proved beneficial for Ajay Devgan. Ajay Devgan’s film ‘Drishyam 2’, released on November 18, is also a Hindi remake of South’s superstar actor Mohanlal’s film. The film has crossed the 75 crore mark at the box office in just 4 days. Earlier in the year 2015, the film ‘Drishyam’ is also one of Ajay Devgan’s hit films.