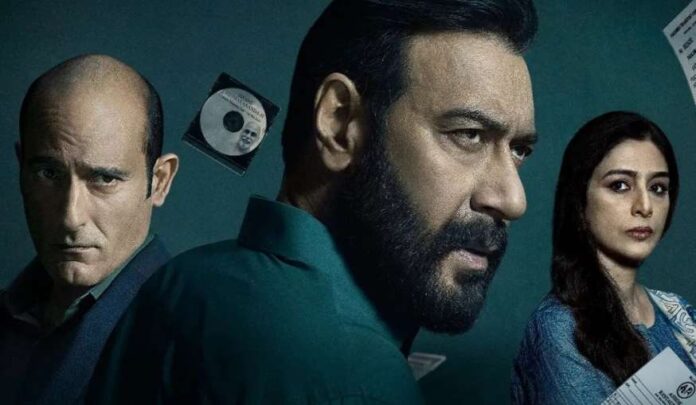 Drishyam 2 Box Office Collection Day 4: The film ‘Drishyam 2’ directed by Abhishek Pathak is emerging as the top grosser at the box office. The film has performed very well on Monday as well. Ajay Devgan, Tabu and Akshaye Khanna starrer ‘Drishyam 2’, one of the most awaited films, has been released in theaters on 18 November. The collection of the mystery thriller film ‘Drishyam 2’ has taken everyone by surprise. If the film continues to get such a response, then it can cross the 100 crore mark in its very first week. According to the Box Office India report, ‘Drishyam 2’ has done a great business on Monday with 11.75-12 crores nett range, which is just 20% drop from the first day.

‘Drishyam 2’ has collected around 75 crores in just four days. After which there is a possibility about the film that it can cross the figure of 100 crores in the first week. The good collection on Monday means that the film is a hit and now it remains to be seen whether the film emerges as a blockbuster or not. But it will depend on the next two weeks. ‘Drishyam 2’ has done better collection and trend in first four days than Karthik Aryan’s film ‘Bhool Bhulaiyaa 2’, ‘Bhool Bhulaiyaa 2’ did around 182 crores nett business, so 200 crores from ‘Drishyam 2’ There is a possibility of crores of business.

OTT Release: These films are going to be streamed on OTT this week including India’s official entry ‘Chello Show’ for Oscar Awards 2023, see full list

According to the reports of Box Office India, ‘Drishyam 2’ collected around Rs 15 crore on the first day of its release. Performing even better on the second day, the film earned around Rs 21 crore. The third day collection of the film was very good and it collected around Rs 26.75 crore. ‘Drishyam 2’ is the official remake of Mohanlal’s Malayalam film of the same name. The suspense-crime drama Drishyam 2 directed by Abhishek Pathak then marks the entry of Akshaye Khanna as a police officer which was loved by the audience. The first part of the film was released in the year 2015.