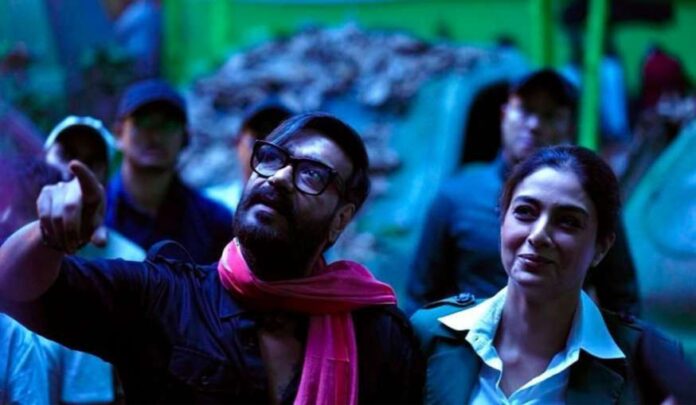 Bhola First Look: Today Ajay has shared the first look of Ajay Devgn’s film ‘Bholaa’ on his Instagram account. Let us tell you that apart from acting in this film, Ajay Devgn has also directed it himself. Ajay took to Instagram on Monday to share the first look of the film, in which he is seen with ashes on his forehead.

Ajay Devgan is appearing with actress Tabu in this film. There has been a buzz among the people about the film for a long time. Now the poster of the film has increased the excitement of the audience. Ajay Devgn’s movie ‘Drishyam 2’ is also showing its charm in the theatre.

Sharing the motion clip, Ajay wrote in the caption of Instagram “KAUN HAI WOH? An unstoppable force is coming #BholaaTeaserOutTomorrow #BholaaIn3D”, If you look at Ajay’s caption, his upcoming film is going to come in 3D format. The teaser is going to be released tomorrow i.e. 22nd November 2022 (Tuesday), where many fans looked excited about his film, people have also trolled him for being a remake of the film.

The upcoming film ‘Bhola’ is the Hindi remake of South Superstar Karthi Sivakumar’s film ‘Kaithi’. The film was released in the year 2019 and did a great collection at the box office. People also liked this film a lot. Talking about the story of the film ‘Bholaa’, this film is based on a drug mafia, you will also get to see father-daughter love in the film.