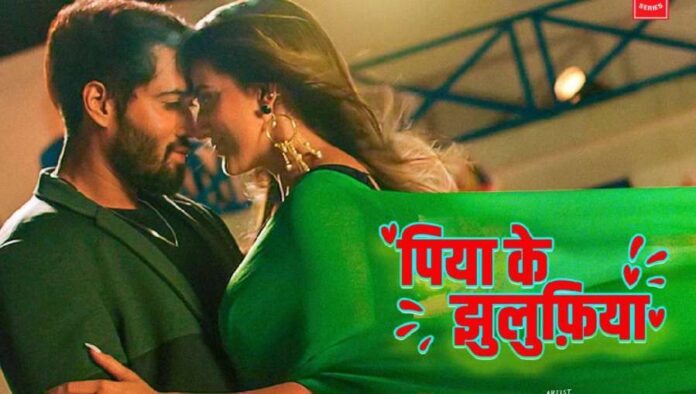 Bhojpuri Song: Whenever Akshara Singh, the most beautiful actress of Bhojpuri industry, comes on the screen, the fans keep staring at her. Apart from films, single music videos of Akshara Singh are also liked by the people. In such a situation, once again Akshara Singh’s new song ‘Piya Ke Jhulufiya’ is getting millions of views as soon as it is released. This song has become fiercely viral.

In this music video, we got to see a very cute college romance, which was a very youthful, alive experience. Akshara Singh was once again ruling the hearts of the people with ‘Piya Ke Jhulufia’. The way he has presented himself in this music video is worth watching.

Akshara Singh has once again surprised her fans with her powerful voice. We are eagerly waiting for his upcoming projects.

Rani Chatterjee’s bold style was seen in the video, danced to the song ‘Gucci Armani…’ in a short dress

Akshara Singh’s new song Piya Ke Jhulufiya presented by T-Series, music is given by Priyanshu Sinha. This song is written by Vicky Roshan. The music video of the song starring Akshara Singh and Karan Khanna has been directed by Danny Fernandez and Babbu Khanna. This song is available on T-Series’ YouTube channel.

Mahira Khan wants to do a romantic scene with Shah Rukh Khan, users are furious after seeing the photo of Pakistani actress