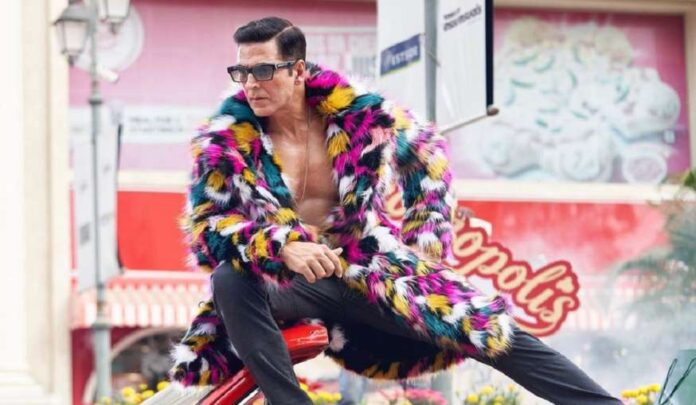 The year 2022 may not have proved lucky for Bollywood player Akshay Kumar, but many of his films are ready for release in the coming year. Akshay works very hard for his films and leaves no stone unturned from his side. Recently, Akshay Kumar has shared a look on social media from his upcoming film ‘Selfie’ in which he is seen in a stylish avatar in a multi-coloured fur coat and black jeans. Seeing this picture that surfaced from the sets of the film, the fans are calling Akshay Kumar Atrangi.

Akshay Kumar told in the post shared with this picture that he is also shooting in summer for work. Akshay Kumar wrote, ‘My mantra today – heat, humidity and fox fur sab chalega bas kaam kar, kaam kar. Shooting a cool song for selfie. See you in the theater on 24 February. It is clear from Akshay’s post that he is shooting for the song of the film at some hot place. Akshay Kumar’s working style is different. Along with shooting films, he also gives a lot of time to his family.

This transformation video of Nawazuddin Siddiqui is shocking, working hard for ‘Haddi’

The film ‘Selfie’ is the Hindi remake of the Malayalam comedy-drama film ‘Driving License’. If reports are to be believed then the title track of the film ‘Main Khiladi Tu Anari’ can be added to this film. The pair of Saif Ali Khan and Akshay Kumar was seen in the original song. For the first time in the film ‘Selfie’, the audience will get to see the pair of Akshay Kumar and Emraan Hashmi on the big screen. Akshay Kumar’s ‘Prithviraj’, ‘Raksha Bandhan’, ‘Ram Setu’ and ‘Bachchan Pandey’ were released this year, but none of the films could do wonders at the box office. Now it has to be seen whether the magic of Akshay Kumar’s films works on the audience in the year 2023 or not.