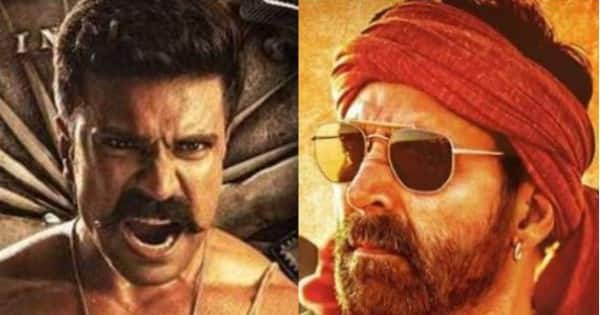 Akshay Kumar, Kriti Sanon, Arshad Warsi, and Jacqueline Fernandez starrer Bachchhan Paandey is all set to release on 18th March 2022. After a week, on 25th March, SS Rajamouli’s RRR starring Ram Charan, Jr NTR, Alia Bhatt, and Ajay Devgn will be hitting the big screens. RRR is undoubtedly one of the most awaited pan-India films, and it is expected to take the box office by storm. Recently, in an interview, Akshay revealed whether RRR will affect the box office collection of Bachchhan Paandey. Also Read – Holi 2022: Bachchhan Paandey, Jalsa and 6 more new film and OTT releases you can watch during the long weekend

While talking to News18, the actor said, “See, because of this pandemic, lots of movies are going to come one on top of the other. To say at the moment impact, yes it obviously, it is going to impact. Every movie is going to impact each other. Everything, the businesses are going to go down by 30 to 40 percent. It is a very unfortunate thing but you have to deal with it.” Also Read – Trending South News Today: Samantha Ruth Prabhu can’t wait to celebrate Alia Bhatt’s achievements; RRR to get massive boost at box office and more

“You have to understand, just like how we understood the fact that when we opened the theatres with 50 percent occupancy, it was an impact on the film, but you have to go with it. Still, my industry survived and we went ahead with it. So yes, to come back to the normalcy, it will take another year or more than a year probably,” Akshay added. Also Read – Sara Ali Khan looks stunning in her black and white photoshoot clicked by Rohan Shrestha [VIEW PICS]

During this pandemic, Akshay’s two films were released last year in theatre, BellBottom, and Sooryavanshi. The latter, which was released during Diwali 2021, was a blockbuster at the box office. Bachchhan Paandey is also a festival release (Holi), so it will surely be interesting to see how it will perform at the box office.

Bachchhan Paandey is directed by Farhad Samji and produced by Sajid Nadiadwala.