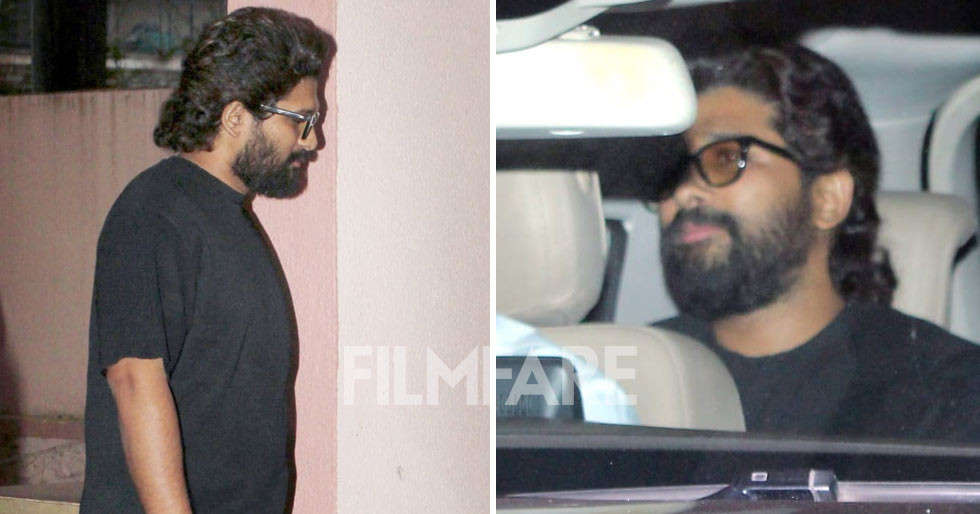 On Monday, Allu Arjun, whose most recent film, Pushpa: The Rise, was a box office hit, met filmmaker Sanjay Leela Bhansali at his Mumbai office. On social media, a video of Arjun exiting his car and walking inside Bhansali’s office has surfaced. Several fans have speculated that the meeting was about Arjun and Bhansali perhaps working together on a new project. Meanwhile, some speculated that the meeting could simply be a courtesy one.

The reason for the meeting was quickly speculated upon by fans. As one person put it,“So it’s official now. Bhansali sir doing Chhatrapati Shivaji biopic with @AlluArjun.” Another person inquired: “New Hindi film?.” A third person penned: “Can’t wait for this combo.”

Others claimed it was merely a courtesy meeting. “It’s just a casual meeting,” one tweeted after seeing the footage.

Arjun was most recently seen in the film Pushpa, in which he plays a lorry driver who also happens to be a sandalwood smuggler. The film grossed over 300 crores globally, with the dubbed Hindi version alone grossing over 100 crores. The film was dubbed and distributed in Hindi, Tamil, Malayalam, and Kannada after being shot in Telugu. It’s Allu Arjun’s first film to be released simultaneously in five languages.

The sequel will be released in theatres in December 2022. The second chapter, titled Pushpa: The Rule, will focus on Allu Arjun’s fight with Fahadh Faasil, who was introduced as the antagonist near the end of the first part. Devi Sri Prasad composed the soundtrack for the film, which was produced by Mythri Movie Makers. Rashmika Mandanna and Sunil, among others, play pivotal roles in the film.