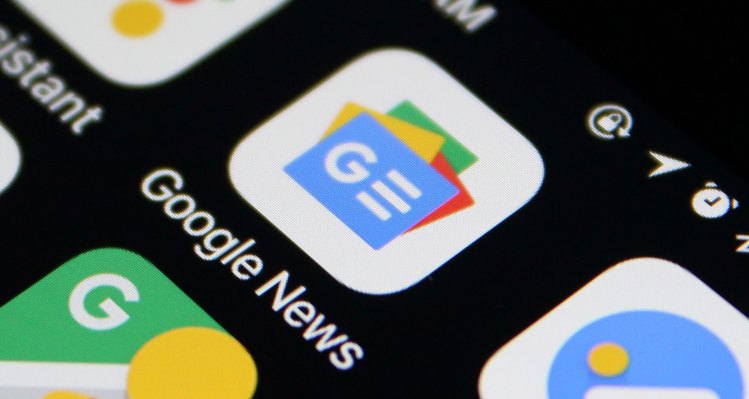 In the latest move by Russia to censor Western Internet services since it started a war by invading Ukraine, Google has confirmed that Russians are having problems accessing its news aggregator service, Google News, in the country.

This follows an earlier report by the Interfax news agency which said the service had been blocked by Russia’s internet censor, Roskomnadzor.

“We’ve confirmed that some people are having difficulty accessing the Google News app and website in Russia and that this is not due to any technical issues on our end,” a Google spokesperson told us, tacitly confirming the news service is being affected by restrictions. (A contact inside Russia also told us the service has been blocked.)

“We’ve worked hard to keep information services like News accessible to people in Russia for as long as possible,” the search giant added.

Last week Roskomnadzor threatened Google — claiming that YouTube ads were being used to distribute “information attacks” which it said threatened Russian citizens, accusing the company of being engaged in acts “of a terrorist nature” by letting the platform be used in this way.

That threat looked like a precursor to Russia blocking YouTube. However, at the time of writing, the video sharing platform does not appear to have been targeted for technical restriction.

We reached out to YouTube for confirmation of the status of the service in Russia. The platform had not responded at press time — but a Google spokesman suggested the company has not yet seen anything similar affecting YouTube. (Our contact in Russia also told us YouTube is still accessible for them.)

In recent weeks, as the war in Ukraine has ground on, the Kremlin has been tightening local speech censorship — such as by passing a law that carries a penalty of up to 15 years in prison for anyone found spreading “false” information about the Russian military.

This Kremlin crackdown on freedom of expression is making it hugely risky for Russian companies to operate in the news information distribution space — unless they too apply Putin’s censorship of choice to content.

That makes it even more important for Russians to be able to access outside sources of news that aren’t being filtered by the regime. However access to major Western Internet platforms is also being inexorably closed down inside Russia — as technical restrictions are applied to more foreign services.

Roskomnadzor had accused parent entity, Meta, of censoring Russian state affiliated media outlets on Facebook and making a policy change across its social platforms which the regime claimed allowed hate speech that threatens Russian citizens. (Meta denied that — saying it was simply allowing users in Ukrainian to express their strength of feeling about the war.)

While VPNs are also being targeted for blocks to try to prevent Russians circumventing service censorship.

Local internet giant Yandex, meanwhile, which runs a similar news aggregator product to Google News — and has sought to operate from inside Russia under a claim of neutrality, even as it argues it must obey local laws — confirmed last week that it plans to sell its media arm and get out of the news ranking business, as we reported earlier.

Yandex’s news aggregator operates under Kremlin rules which control media licensing in the country and thereby determine the list of sources that such services can link to — allowing the regime to shape the underlying narrative that’s then algorithmically amplified.

This is why Yandex has faced criticism for helping to amplify Putin’s propaganda against Ukraine — which contributed to a decision by the EU last week to sanction a key company exec.

Per our sources, one potential front-runner buyer of Yandex News and its blogging and content recommender platform, Zen, is the Russian social media giant VK, which is owned by Mail.ru — a local internet giant that’s reported to have close ties to the Kremlin.

Any prospect that Yandex’s news aggregator might be cut free of Putin’s propaganda sphere — say if it were sold to a foreign buyer — looks all but impossible since the Kremlin has veto powers over key corporate decisions (since a 2019 Yandex corporate restructuring).

Whoever ends up owning the product, with Google News now being restricted inside Russia, the rival Yandex news aggregator will face even less competition for Russian eyeballs — making its AI-driven curation of Kremlin propaganda, and its shaping of the narrative around the war in Ukraine, even more influential on public opinion.

In a further Ukraine war development linked to Google, Reuters reported yesterday that parent entity Alphabet has tweaked its ads policy — and will no longer allow ads to be served via its network (and across its web properties, including YouTube) alongside content that seeks to exploit, dismiss or condone the war in Ukraine.

Google confirmed a change without offering much detail — and initially just reiterating its earlier statement:

“We can confirm that we’re taking additional steps to clarify, and in some instances expand our monetization guidelines as they relate to the war in Ukraine. This builds on our current restrictions on Russian state-funded media, as well as our ongoing enforcement against content that incites violence or denies the occurrence of tragic events.”

Reuters’ report also cited an email to publishers it had reviewed in which Google gave an example of the policy clarification — saying ads would not run alongside “claims that imply victims are responsible for their own tragedy or similar instances of victim blaming, such as claims that Ukraine is committing genocide or deliberately attacking its own citizens”.

Existing Google ads & monetization policies do already place restrictions that are intended to prevent ads from running alongside dangerous or harmful content — such as a Dangerous or derogatory content which strictly prohibits:

According to Google, the latest update to the ads policy will help clarify and, in some instances, expand existing enforcement on content related to the Ukraine conflict.

It further noted that it has a global sensitive event in place for ads — which blocks ads that are related to the conflict and seek to take advantage of the situation.

Given Roskomnadzor’s recent threat to Google was centered on YouTube ads, the timing of this policy clarification and enforcement expansion looks interesting.

Google may be hoping to appease Russia (and avoid a YouTube block) by limiting how ads can be targeted around the Ukraine war — while offsetting the risk of any critical blowback, i.e. if it were to be accused of bowing to a Kremlin censorship mandate, by selectively emphasizing an example that runs counter to Russian propaganda (videos featuring victim blaming of Ukrainians).

It’s clear that operating in and around Russia is increasingly challenging for Western platforms even when they haven’t been officially blocked by Russia.

On the ad sales front, Google recently announced it was pausing its own ad sales inside Russia, for example, in another step to limit exposure to the market — although it initially continued to allow Russian advertisers to use its tools to serve ads outside Russia. Those ad sales were also subsequently suspended when Google was forced to pause billing for its Play mobile app store in Russia and payment-based YouTube services — a development it blamed on Western sanctions on Russian banks.

That led to platforms like YouTube implementing blocks on the channels; initially only EU geoblocks — but that was later expanded by Google to a global block on Russia state-affiliated media on YouTube.  (However Google does not appear to have globally blocked RT and Sputnik’s apps on its Play Store; choosing instead to only limiting their access in Europe.)