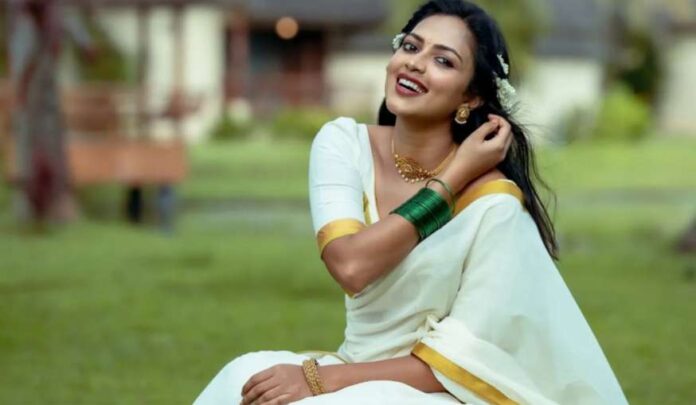 The shooting of the film ‘Bhola’ has already started and the film is set to release in March next year. In this film, acting of veteran actors like Ajay Devgan, Tabu as well as Sanjay Mishra will be seen. However, if a latest report is to be believed, then a special appearance of a famous actress of South Film Industry can also be seen in this film. Actress Amala Paul has appeared in many films in South Industry. Amala Paul is one of the bindaas actresses of South. Amala acted in a total of four films during her active career in the Telugu industry. The first film was with Naga Chaitanya. Then also worked with stars like Ram Charan, Allu Arjun. Still said goodbye to the industry. Amala Paul is known for her performance in the South film ‘Myna’. Amala made her debut in Kannada cinema with the film ‘Hebbuli’ opposite Sudeep.

Currently actress Amala Paul is in Banaras shooting for the film along with co-stars Ajay Devgn and Abhishek Bachchan. While his role has been kept secret. Sources inform that she is playing the role of a Banarasi woman in the film. The cast and crew will stay in Banaras for a week for the film. South’s rising actress Amala Paul is going to play a special role in Ajay Devgan’s film ‘Bhola’. There are talks that the film ‘Bhola’ is a remake of the Tamil superhit ‘Kaithi’.

Amala is one of the most sought after actresses down south. He has won several awards for his performances in Tamil as well as Malayalam films. Some of her most notable achievements include the Filmfare Critics Award for ‘Best Actress’ for ‘Run Baby Run’ (Malayalam). The actress has had a stellar run in Southern cinema and she will no doubt impress the audience with her performance in ‘Bhola’ as well.

The film ‘Bhola’ will be the fourth film to be made under the direction of Ajay, in which he will also be seen acting himself. Earlier, he had directed the films ‘You Me Aur Hum’, ‘Shivaay’ and ‘Runway 34’.

Saiyami Kher has become a victim of body shaming, was advised to undergo lip and nose surgery