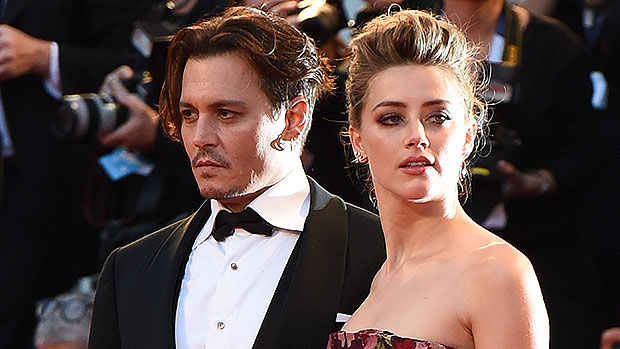 Amber Heard said she has “always maintained a love” for her ex husband Johnny Depp ahead of his defamation trial against her. The “Aquaman” actress, 35, took to her Instagram on Saturday (April 9) to address the upcoming court hearing, where Johnny, 58, is suing her for $50 million, claiming she derailed his career by writing a 2018 article about surviving domestic violence.

“As you may know, I’ll be in Virginia, where I face my ex-husband Johnny Depp in court,” Amber began her message. “Johnny is suing me for an op-ed I wrote in the Washington Post, in which I recounted my experience of violence and domestic abuse. I never named him, rather I wrote about the price women pay for speaking out against men in power.”

“I continue to pay that price, but hopefully when this case concludes, I can move on and so can Johnny,” she continued. “I have always maintained a love for Johnny and it brings me great pain to have to live out the details of our past life together in front of the world. At this time, I recognize the ongoing support I’ve been fortunate to receive throughout these years, and in these coming weeks I will be leaning on it more than ever. With love always, A.”

In addition to revealing she held a place in her heart for her famous ex, Amber also noted she will be stepping away from social media while the court drama plays out in Fairfax County, Virginia beginning on April 11. “I’m going to go offline for the next several weeks,” she wrote at the top of her Instagram post.

Amber and Johnny first met while filming The Rum Diaries in 2009, eventually dating and then marrying on February 3, 2015. The union would only last a year, as Amber filed for divorce and accused Johnny of being physically and verbally abusive during their relationship. Johnny denied the accusations and the pair officially settled their divorce in January 2017. Two years later, Johnny would sue her for libel after the Washington Post piece was published.