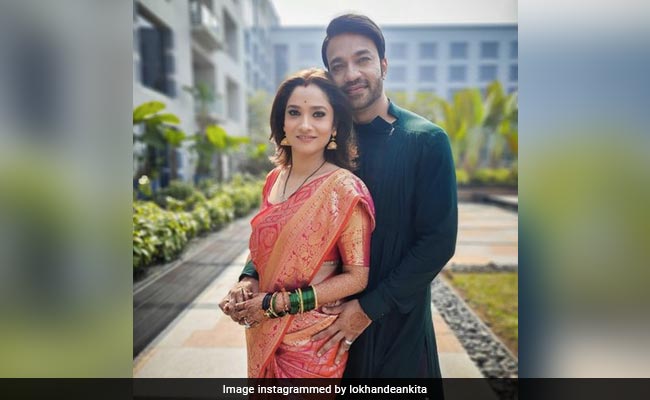 Ankita Lokhande and Vicky Jain got married in December 2021. She recently opened up about getting trolled for sharing “too many” wedding photos and videos on social media. In an interview with Indian Express, Ankita Lokhande said, “Meri shaadi hai, main nahi dalungi toh kaun daalega (It was my wedding if I don’t post, who will?).” Ankita also added that there are a few users who are just “jealous and negative and can never be happy for others.” Ankita Lokhande and Vicky Jain dated each other for over four years before getting married in December. Ankita also revealed that they are still getting used to their new roles of husband and wife.

Ankita Lokhande expressed that it is amazing to be married to your best friend and added, “We have been friends for a very long time. We just got married and are still getting into our ‘husband and wife’ roles. I think it will take time for us to understand how well this car drives ahead.” She also stated that she is “really happy” after her marriage to Vicky Jain.

Talking about rumours of quitting acting after marriage, Ankita Lokhande told Indian Express, “Not at all. I can never sit at home. I need to be in my creative zone. Acting is something that I really love. I have done a lot of characters. Now, I really want to do roles that are similar to me as a person.”

Ankita Lokhande started her acting career with television and became a well-known face. She later made her Bollywood debut and was seen in movies like Manikarnika: The Queen of Jhansi and Baaghi 3. At present, Ankita is seen in Ekta Kapoor’s Pavitra Rishta 2, co-starring Shaheer Sheikh and Vivek Dahiya. The show is streaming on ZEE5.