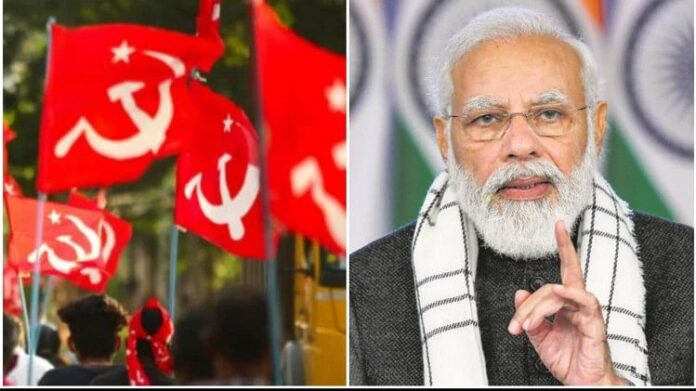 The Democratic Youth Federation of India (DYFI), the student wing of the ruling Communist Party of India-Marxist (CPM) in Kerala, on Tuesday said that BBC’s documentary on PM Modi ‘India: The Modi Question’ will be screened in the state.

Significantly, this announcement from DYFI has come at a time when instructions have been given by the Central Government to ‘block’ YouTube videos of the documentary and Twitter posts sharing its link. This BBC documentary is in two parts. It claims to be based on the investigation of several aspects related to the 2002 Gujarat riots. Modi was the Chief Minister of Gujarat in 2002.

The government on Friday directed social media platforms Twitter and YouTube to block links to ‘India: The Modi Question’. The Ministry of External Affairs dismissed it as part of a propaganda against the PM and said it lacked objectivity. The government has said that this reflects a colonial mindset. However, opposition parties like Congress and Trinamool Congress have strongly criticized the government’s move to ‘block’ several YouTube videos of the documentary and Twitter posts sharing its links.

Using emergency powers under the Information Technology Rules, 2021, Secretary in the Ministry of Information and Broadcasting, Apoorva Chandra, on Friday issued a directive to ‘block’ all links accessing the documentary. Meanwhile, a group of 302 former judges, ex-bureaucrats and ex-army officers on Saturday condemned the documentary series, saying it was a biased charge sheet, full of negativity and prejudice, against “our leader, fellow Indian and a patriot”. ”