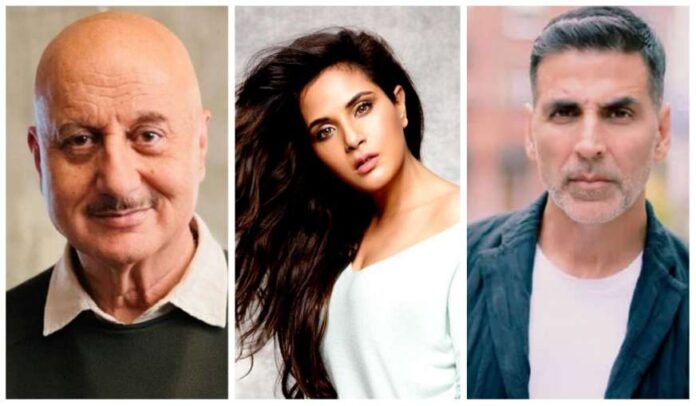 Richa Chadha: Actress Richa Chaddha is embroiled in controversy regarding one of her tweets. Recently, Northern Army Commander Lt Gen Upendra Dwivedi had a tweet. To which Richa replied. After which the fans as well as the celebs are opposing him. Anupam Kher and Akshay Kumar have expressed displeasure over this tweet. But popular actor Prakash Raj of South and Bollywood films has supported Richa Chadha.

Kantara broke the 21 year old record of ‘Gadar’, now it will be released in Australia as well

Let us tell you that while retweeting a recent tweet, Prakash Raj wrote, ‘We are with you Richa Chadha. We know what you meant to say’. At the same time, users are commenting a lot on this tweet. At the same time, Anupam Kher tweeted, ‘Trying to become popular among some people by doing evil to the country is the work of cowards and small people. Putting the honor of the army at stake… what can be more shameful than this. Akshay Kumar also reacted to this tweet. Akshay Kumar expressed his anger by tweeting on Twitter. He wrote, “It is sad to see this. We should never forget this much gratitude towards our Armed Forces. If they are then we are today.

what was the matter

In a tweet, Lieutenant General Upendra Dwivedi wrote, “Indian Army is ready to take back the part of Pakistan-occupied Kashmir (PoK), just waiting for the government’s order”. Responding to this, Richa Chadha wrote, “Galwan hi” is speaking. After saying this, Richa Chadha has been trolled a lot. Please tell that Richa Chadha apologized after deleting the tweet. Also said that sympathy towards the army is in his blood because maternal grandfather was in the army and maternal uncle was a paratrooper. While apologizing on Twitter, Richa Chadha wrote, “Even thought that the three words that are being dragged into the controversy, may not be my intention to insult or hurt anyone.” I apologize and also say that I would be sorry if my words have inadvertently created a feeling among my brothers in the army, of which my own maternal grandfather was an illustrious part. During the Sino-Indian War in the 1960s, he was shot in the leg as a lieutenant colonel. My maternal uncle was a paratrooper. It’s in my blood.