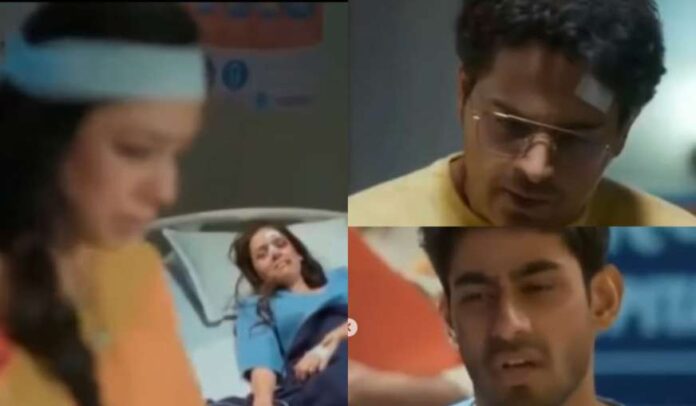 Anupam: In the latest episode of the serial ‘Anupama’, Anupama is seen giving courage to Dimple. She promises that she will leave no stone unturned to save Dimple and get justice. Anupama walks to Dimple’s hospital room with trembling legs and breaks down crying seeing her lying unconscious. She controls herself and goes to Dimple. Dimple also breaks down and says that for the first time in her life she felt why she is a girl. Anupama says that instead they should question why those demons are humans and it is necessary to stop the demons. Dimple says it is not her fault. Anupama says that she and Anuj are with her, she knows nothing can soothe her pain but he is always with her.

Anupama asks her to maintain courage as it is necessary to teach a lesson to the rapist which she should fight with a lot of courage. She recites a poem of a feminine power in her mind. Anupama consoles her by reciting the poem. Leela says she is worried for Pakhi but cannot be like Vanraj and let Pakhi continue with her tantrums. Nirmit refuses to lodge a complaint with the police fearing danger to his and Dimple’s life. Anuj tries to make her understand. Nirmeet says he cannot see Dimple getting humiliated in court for years and how will he save her from rich people. Let’s see whether justice is done or not.

Kamal Haasan: Actor Kamal Haasan’s health suddenly deteriorated, had to be admitted to the hospital