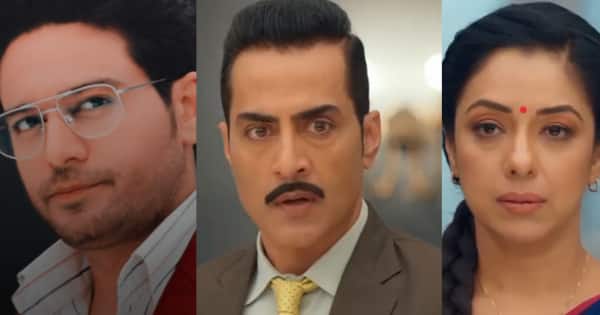 Anupamaa show has grabbed a lot of attention with its unique storyline and plot. The track of the show is quite interesting as it is revolving around Anupama’s new life. In the current episode, Anuj reveals Anupamaa the 26-year-old secret that he had bought the rose flower which he did not give. Anupamaa starts blushing and tells Anuj that the dried rose is the most precious gift to her. Also Read – Anupamaa Upcoming Twist: Anuj REVEALS 26-year-old secret to Anu; fans thank makers for the ‘most awaited moment’ – watch video

On the other hand, Vanraj plans to ruin Anuj’s business and tries to trap him. But, Anupamaa promises to not let Vanraj take away Anuj’s happiness. Vanraj tries to trick Malvika and makes her fall in love with him. Malvika stands in support of Vanraj and gets manipulated by him. She starts blindly trusting Vanraj and fails to see her brother’s concern for her. Anuj feels Vanraj is the wrong man for any girl and shares his concern with Anupamaa. Also Read – TRP List Week 3: Anupamaa retains top spot, Yeh Rishta Kya Kehlata Hai – Ghum Hai Kisikey Pyaar Meiin tie for the second spot

UIn the upcoming episode, Malvika tells Anupamaa that she likes Vanraj and has feelings for him. Anupamaa gets shocked hearing her. Anuj overhears their conversation and vents out his anger. He loses his calm at Anupamaa and asks her if she would have informed him if he did not overhear their conversation. Anupamaa gets scared of Anuj’s anger. Vanraj will succeed in creating a rift between Anuj and Anupamaa? What will happen next, will Anuj break his relationship with Anupamaa? Also Read – Anupamaa: Sudhanshu Pandey aka Vanraj OPENS up on how he handles hate messages on social media