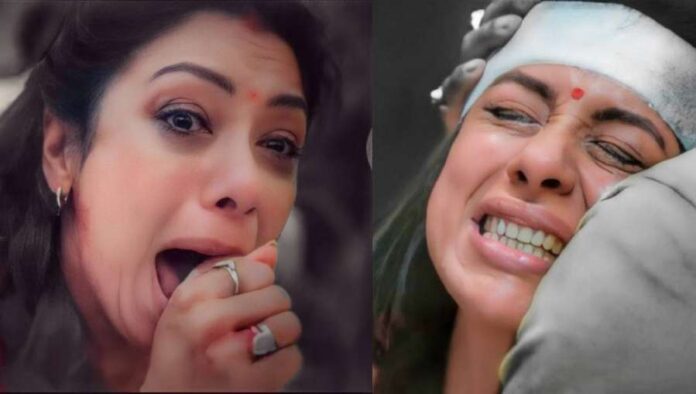 New Delhi: Rupali Ganguly and Gaurav Khanna starrer TV show ‘Anupamaa’ remains in headlines every time because of its twists, sometimes dialogues and sometimes long monologues. At this point the story of ‘Anupama’ has taken a sad turn. Where a big accident has come to the fore which is shaking the hearts of the people. In the latest episode of ‘Anupama’, the rape case of a girl named Dimple came to the fore. In this, the expressions of Rupali Ganguly and Gaurav Khanna have won the hearts of the people.

It would not be wrong to say that the makers of ‘Anupamaa’ have felt bad for coming down from number one in the TRP list. Perhaps that’s why now the makers have put such a twist in the show which will leave everyone shocked. In the latest episode, it will be shown that Anuj and Anupama find Dimple all around after regaining consciousness. Both are moving forward on the road when Anupama’s eyes fall on Dimple, seeing whom Anupama screams. Anuj also screams loudly and starts crying as the new entrant Dimple has been raped. Her husband Nimit, Anupama and Anuj are badly injured. On the other hand, Anupama and Anuj are in shock after the ordeal with Dimple. Both have done such acting in this episode, which has forced people to praise them.

Viewers watching this episode on Hotstar are not tired of praising it on social media. Seeing the deep expressions on Anupama’s face, people are saying that showing so much seriousness in this scene shows that Rupali Ganguly is the best actress. On the other hand, seeing the expression of Gaurav Khanna, some people are saying that after such an incident, probably the condition of every sensitive man is like this. While praising Rupali and Gaurav, a user has written, ‘Both of you have set a new level with your acting. Whole body trembled from this scene. These frames will always scare me. On the other hand, another user praised the facial expressions and said, “The tears, fear, anger, frustration in their eyes are of a different level. The frustration of not being able to save him. Rupali Ganguly and Gaurav Khanna have given you goosebumps.” ”

Talking about the story of the show, Pakhi has now started living near the Shah house in ‘Anupama’. While father’s love is overflowing in Vanraj’s heart but Baa stops him from giving anything to Pakhi. On the other hand, Samar is worried as Anupama’s call is missing.

Lux style Awards: The man who raised his hand on his wife got the Best Actor Award, celebs expressed their displeasure