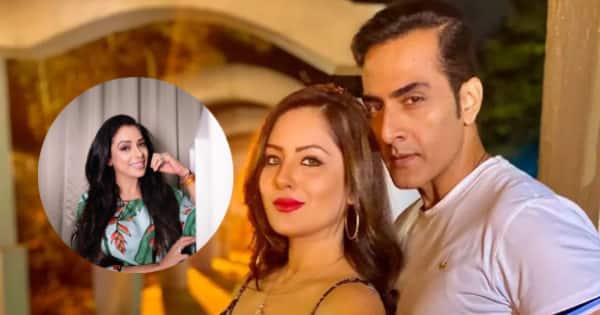 Anupamaa prequel, Anupamaa – Namaste America is one of the most talked-about things these days. The deets of Rupali Ganguly starrer show that will stream on Disney Plus Hotstar. And now, we have one confirmation on the cast of Anupamaa – Namaste America. It is none other than Puja Banerjee. Puja took to her social media handle and shared a picture with Sudhanshu Pandey and revealed that she will be seen in the Anupamaa prequel. Puja will be seen playing the role of Rittika on the show. It seems she plays Vanraj’s love interest on the show. “Here i present u Rittika Watch me & @sudanshu_pandey with a new avatar in #anupamanamasteamerica america only on @disneyplushotstar soon,” Puja captioned the post. Also Read – TV News Weekly Recap: Karan Kundrra schools media for invading Tejasswi Prakash’s privacy, Rupali Ganguly’s Anupamaa Namaste America details out and more

Recently, Rupali Ganguly shared some deets about the Anupamaa prequel. It was a teaser in which she revealed that Anupamaa – Namaste America will talk about an incident that took place in the 28-year-old Anupamaa’s life. The incident took place 17 years ago and it has some connection to America. The show is an 11-episode mini-series and will stream from 25th April 2022. Rupali also shared some pictures which look like the younger version of Anupamaa’s pictures. It’s from a photoshoot with Dabboo Ratnani. Rupali looks just gorgeous. But whether it’s for Anupamaa – Namaste America, it’s not known. Check it out here: Also Read – BollywoodLife Exclusives of the week: Ranbir Kapoor-Alia Bhatt’s wedding date, Priyanka Chopra-Nick Jonas’ daughter’s name and more

Meanwhile, a source informed BollywoodLife.com that a strict diktat has been issued by the producer to all the cast members against sharing anything about the Anupama prequel. “Rajan Shahi has given a strict diktat to all the members from the show including Rupali, Madalsa, Gaurav Khanna, Sudhanshu Pandey and more to not reveal any bit detail about it anywhere as he wants the excitement around the show. Any information will only create speculations which he doesn’t want to entertain,” the source said. Also Read – Anupamaa Namaste America: Rajan Shahi’s strict diktat to Rupali Ganguly, Gaurav Khanna, Madalsa Sharma and more ahead of the prequel [Exclusive]