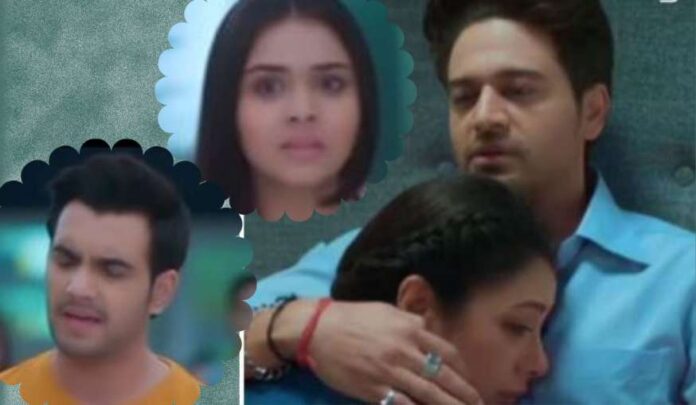 Anupam: ‘Anupama’ has become very much discussed on social media these days. Although Anupama remains in the top 5 in the TRP list, but the makers are constantly trying to return to number 1 again. On the previous day, it was shown in the show that after listening to Anuj, Pakhi comes to say sorry to Adhik, but seeing Rupali Ganguly with Adhik and Dimple, her anger rises. On the other hand, Vanraj complains about Anuj to Anupama, after which Anuj and Anupama also have a fight. But the twists and turns in Anupama do not end there.

‘Anupama’ will further show that Anuj clearly tells Anupama that from now on he will not come between her and her children at all. Anupama gets shocked hearing this. She remains upset for some time and then goes and apologizes to Anuj. She cries hugging Anuj, while Anuj also says that I did not like it at all. Because whenever I see my Anu in trouble, my heart goes somewhere else.

In ‘Anupamaa’, Anuj will ask his wife to keep distance in their relationship. He will say that you are a mother, but it is very important to have a line of control in relationships. Be it Pakhi, Kinjal, Kavya, Toshu, Pakhi, Samar, Chhoti, Vanraj or me, you have to draw a Laxman. Change your habit slowly or gradually.

‘Anupamaa’ will further show that Pakhi will once again visit the Kapadia mansion and will flare up once again seeing Adhikari and Dimple together. She will tell her husband that I had come here to apologise, but laughter and jokes are going on here. Wherein more also answers that the apology is sought from the heart. On the behavior of both, Anuj shouts that if you want to fight then go out of my house and fight. Adhik tells Pakhi, “I think we need a break.” The news coming about the show is that Pakhi will pretend to fake pregnancy to save her relationship with Abhi.

‘Pathaan’ mired in controversies even before its release, Narottam Mishra did not like Deepika-Shahrukh’s ‘Besharam Rang’