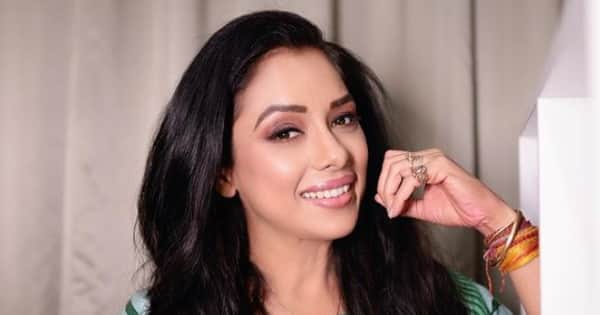 Anupamaa upcoming twist: Rupali Ganguly is enjoying all the love and appreciation that’s coming her way for playing Anupamaa in Rajan Shahi’s TV show. Recently, Rupali delivered a lengthy monologue when she was confronting the Shahs over the orthodox mindset. A couple of hours ago, Rupali came online as she had promised her fans. The actress conducted a live session on Instagram and interacted with her fans. She firstly thanked all the fans for their love, appreciation and encouragement after watching the latest episodes of Anupamaa. Also Read – Bade Achhe Lagte Hain 2: Ram-Priya’s ‘condom scene’ leaves RaYa fans in splits – view tweets

Rupali also hailed the writers and the producer, Rajan Shahi, for coming up with such scenes and amazing content for the show. She praised them for taking the bold step of doing something like that on TV for the first time. Rupali said that doing such scenes as an actor is a high for an artist. Rupali also said that a lot of people would reject the role of Anupamaa and even refuse to do such a scene. However, Rupali said that she feels blessed to be a part of the show and to be playing Anupamaa. Also Read – Naagin 6 actress Tejasswi Prakash’s sun-kissed pictures leave fans in awe; netizens call her ‘the most gorgeous’

Rupali was asked how did she feel about doing a 30-page long scene. The actress answered, “It wasn’t 30 pages, it was 32. Even I thought that it was 28 pages, but later I counted and realised that it is 32 pages long. It was a whole scene. When I went for Yeh Rishta Kya Kehlata Hai, other actors’ scenes were shot, almost everyone was done. When I came, we have to do the master. It was such a long scene that the time I received to prepare for it wasn’t enough to read it even once.” Rupali also added that even grandmoms can get married. “Dadi ki shaadi ho sakti hai,” she said during the live. Check it out below: Also Read – Anupamaa – Namaste America: Gaurav Khanna, Madalsa Sharma and more cast members who won’t be a part of the prequel

Rupali also revealed that she was very nervous about how the audience would react to the scene. All the appreciation and encouragement has been overwhelming, she said, “We started shooting for this scene, the monologue at around 12 PM and I think we wrapped it up at around 11 PM. I am so happy that you all liked it. I was so nervous. I was skeptical if people would like it or not, but the way you all are texting, appreciating, encouraging, thank you so much. What else does an artist need except for appreciation!”