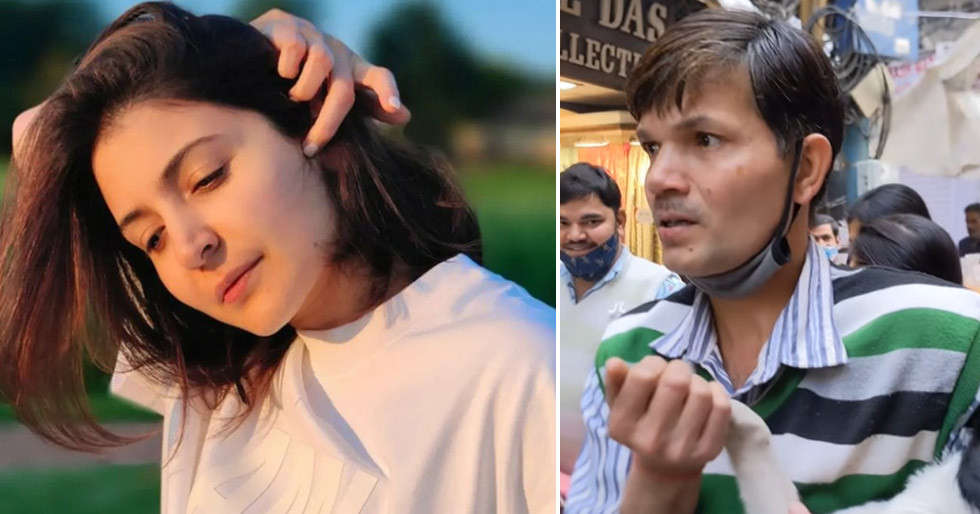 Anushka Sharma posted a video of a man who was being called ‘mad’ for loving a puppy. The actor lauded the man’s love for the puppy even after people around him considered him crazy for doing so.

The man kissed the puppy’s paw when a person around him called him ‘paagal’. Another person asked him to take the puppy to his home to which he replied that he will. He said, “Ye dekho godi mein lelia maine” he said.

The video was shared by Humans of Delhi on their Instagram. Numerous people poured praises for the person in the comment section. Actor Anushka Sharma also posted the video on her Instagram story and wrote, “Paagal toh woh hain jo insaaniyat nahi samjhein, aap toh…” and added applause and heart emojis.

The fact that Anushka is an animal lover is not unknown to anyone. She has constantly raised her voice for strict laws against animal cruelty. She had said in one statement, “I really wish we have stricter laws against animal cruelty and they are exercised and executed in a way that there is fear in people. They shouldn’t be able to think that they can do something like this so easily and can get away with it by paying a small fine.”

Anushka’s husband Virat Kohli, has also started two shelters for animals in 2021. Through Twitter, he revealed that the aim of these shelters is to “ensure health and support to stray animals.” He also thanked Anushka for constantly inspiring him.