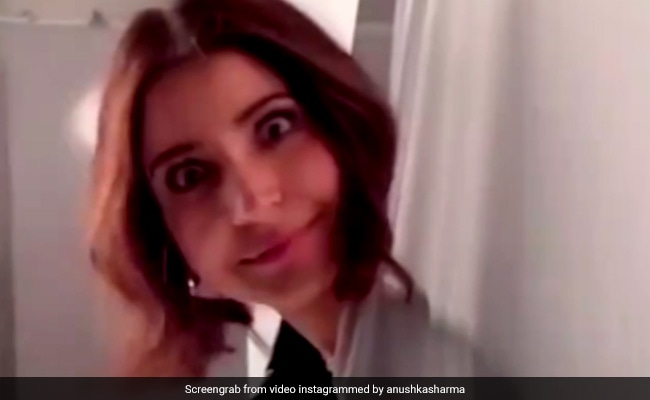 Anushka Sharma in still from the video. (courtesy anushkasharma)

The Internet is buzzing with a social media trend called  ‘That’s Not My Name,’ as a part of which, stars are sharing clippings of some of the characters that they have played onscreen. The latest addition to the list of stars to catch up to the viral social media trend is Anushka Sharma. The actress shared her rendition of the ‘That’s Not My Name’ and it features some of her most popular characters like Shruti from Band Baaja Baaraa,Taani from her debut film Rab Ne Bana Di Jodi, Akira from Jab Tak Hai Jaan, Alizeh from Ae Dil Hai Mushkil, Mamta from Sui Dhaaga among others. “My name is Anushka Sharma but sometimes they call me,” she wrote in the video.

Sharing the video on Thursday night, Anushka Sharma captioned it: “Let me introduce myself…” Take a look at her post here:

Sara Ali Khan, who made her Bollywood debut in 2018, managed to get a few characters in her list too. “What’s my name? That’s a fun game.#SarakaSaraReels #ThrowbackWaleFeels,” she wrote.

National Award winning actor Ayushmann Khurrana, who has many social comedies to his credit also took the challenge. His caption was: “That’s not my name…” Check out the video here:

Deepika Padukone, who was the first one to try out the viral social media trend in Bollywood, asked her Instafam:”Which one is your favourite?” Her husband and actor Ranveer Singh kind of spoke for all of us, when he wrote: “It’s a toughie.”

Karisma Kapoor’s rendition of the challenge was all about Nineties’ nostalgia.

The trend is surely keeping several Bollywood actors busy. Here are some posts serving as proof.

Whose rendition of the challenge did you like the best? Let us know in the comments section below.