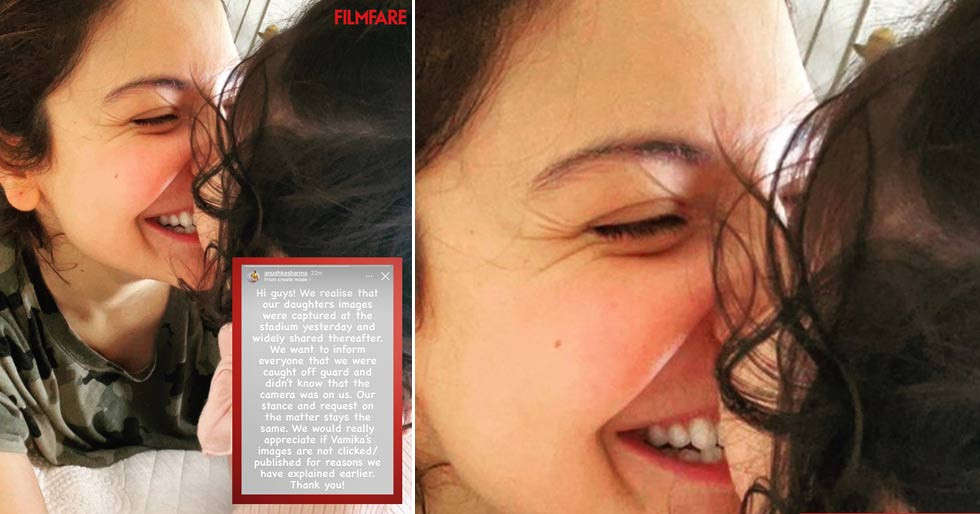 Anushka Sharma and her cricketer husband Virat Kohli have, once again, requested that their baby daughter’s picture is not shared, clicked, or published because they want to safeguard her privacy. Anushka Sharma and Virat Kohli became parents to baby Vamika last year. Since then, the young parents have requested the paparazzi and media, time and again, to not click or share their child’s pictures. However, despite this request, Anushka has taken various measures to ensure that Vamika‘s pictures are not clicked. Whenever Anushka is spotted outside with Vamika, she has to hold on to her tightly to ensure that errant paps don’t click her pictures.

Yesterday, Anushka Sharma and Vamika were clicked by a TV channel as they stood on the stands and cheered for Virat Kohli during a match. Soon, screenshots of the pictures and the video started doing the rounds on social media. Many verified accounts also shared the images. Filmfare has always requested Anushka and Virat’s privacy and did not share the images or the video. This morning, Anushka and Virat took to their Instagram Stories to share a statement. 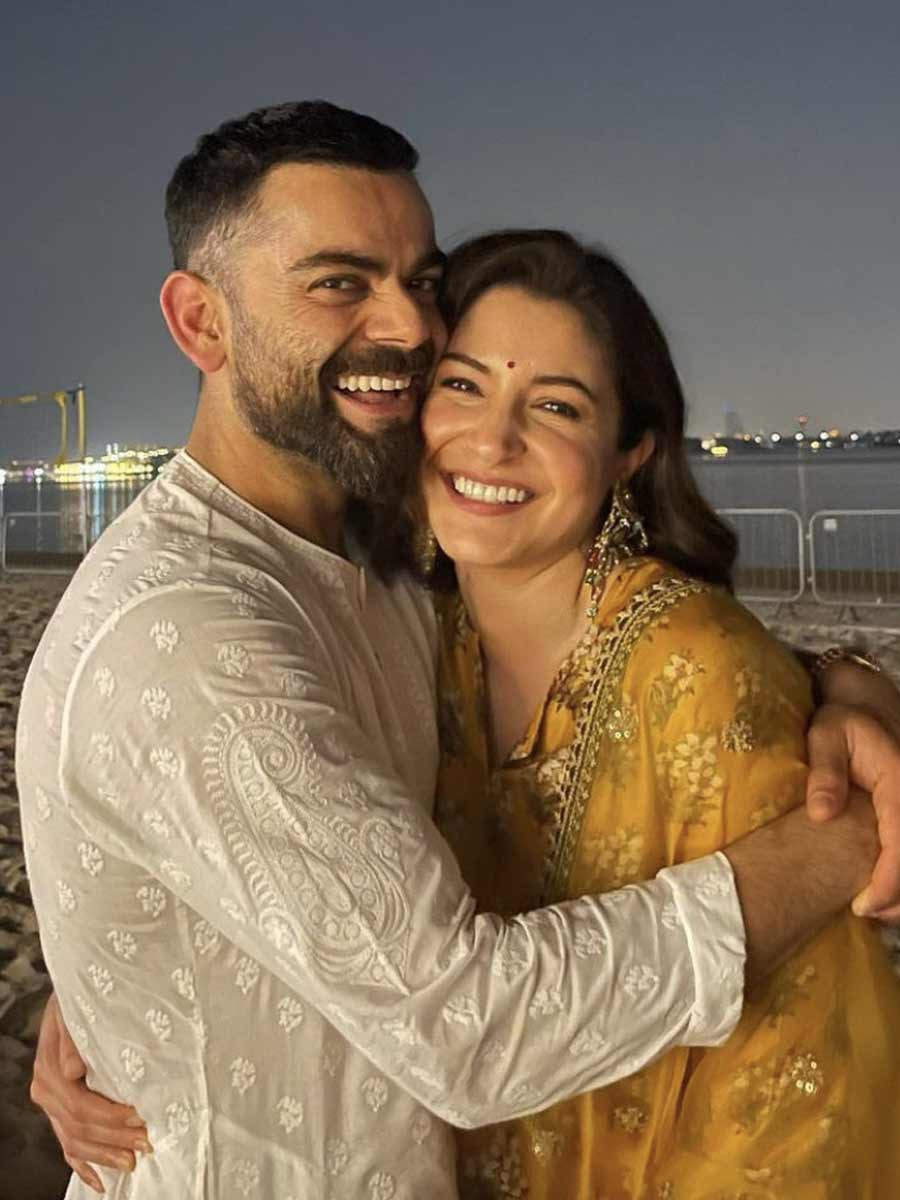 “Hi guys! We realise that our daughter’s images were captured at the stadium yesterday and widely shared thereafter. We want to inform everyone that we were caught off guard and didn’t know that the camera was on us. Our stance and request on the matter stays the same. We would really appreciate if Vamika’s images are not clicked/published for reasons we have explained earlier. Thank you,” wrote Anushka and Virat on Instagram.