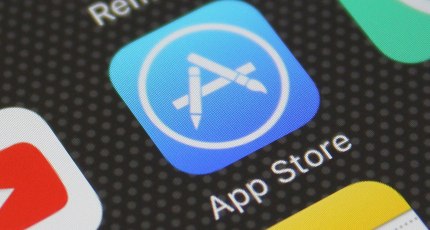 The global app market hasn’t yet peaked, according to the latest analysis of the iOS and Android app ecosystem out this week. Global app downloads reached 37 billion in the first quarter of 2022 across iOS and Google Play, up 11% year-over-year according to a report from data.ai (formerly known as App Annie). The largest markets for app downloads in the quarter were India, the U.S., and Brazil, while Mexico, Turkey, and Brazil saw the biggest quarter-over-quarter growth, the firm said.

Consumer spending on apps also grew in Q1. The first quarter of the year again proved to be the biggest ever for consumer spending, which reached $33 billion. iOS apps continued to drive the majority of the app ecosystem’s growth on this front, accounting for 65% of the quarter’s total of $33 billion in consumer spending — a figure up 42% over the past 2 years. The 65% figure is also in line with the previous five quarters, data.ai said.

Top categories for spending include games, entertainment, and photo and video apps. Also, the percentage of consumer spend driven by iOS apps was even higher when games were removed from the equation. Among non-gaming apps, iOS apps accounted for 73% of consumer spend versus Google Play apps, largely driven by the popularity of streaming video apps, dating apps, and in-app purchases on live-streaming apps.

The firm noted there were some smaller categories picking up speed in terms of consumer spending in the quarter, including iOS medical apps (up 23%) and health and fitness apps (up 20%). On Android, growing categories included personalization, food and drink, and auto and vehicle apps.

One big milestone for spending in the quarter came from Disney+ which joined only 34 other mobile companies in reaching $2 billion in lifetime global consumer spend. 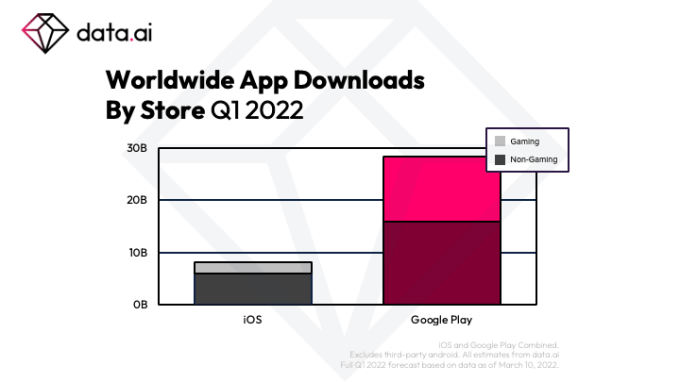 The report didn’t really shed much new light on the state of the app industry beyond its continued growth. Just as iOS continues to drive consumer spending, the majority of new app installs are driven by Google Play, as has been the case for years. Android users in the quarter installed a massive 28.5 billion of the total 37 billion new app downloads, up 16% year-over-year, thanks to Android’s traction in emerging markets. The most downloaded apps were games, tools, and social apps.

While the top of the charts stayed relatively consistent in terms of downloads, with apps like TikTok, Instagram, Facebook, and Instagram dominating, there were a couple of noticeable changes. Snapchat in the first quarter jumped from No. 7 to No. 5 in terms of global new app installs, following the recent launch of its AR shopping experience. Meanwhile, Singapore-based commerce company Shopee moved from No. 10 to No. 7 by downloads, after reporting GAAP revenue of $5.1 billion in 2021. 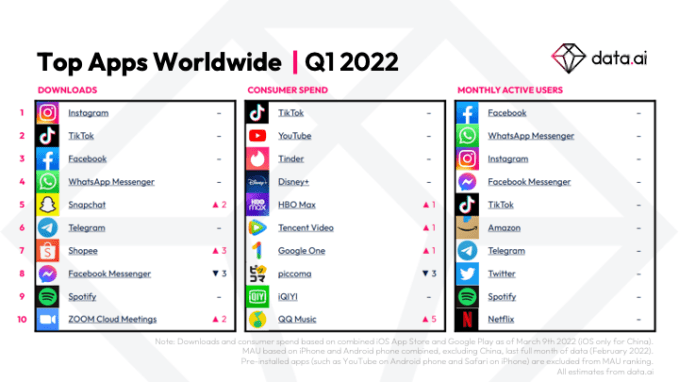