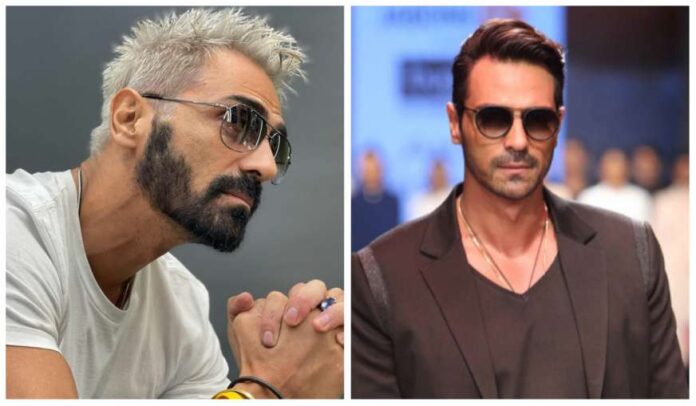 Arjun Rampal: Apart from his films, Bollywood actor Arjun Rampal is also in discussion about his fitness. Even at this stage of his age, he is ahead of the new actors in terms of his fitness. Actually, Arjun Rampal, famous for his brilliant performances in films, is very alert about his fitness. Arjun, who started his career with modeling, made the audience crazy when he stepped into films. Let us know the special things related to the fitness and life of Arjun Rampal, who is energetic and fit.

No matter how busy Arjun Rampal’s schedule is, he manages to find time for workouts. Many times it happens that if they are not able to do workouts during the day, then they do not hold back from sweating even at night. Arjun, who is always active on social media, keeps sharing fitness related pictures and videos with his fans. The actor says that overdose of anything is always harmful. That’s why over workout should not be done. Because it does not happen that doing more workouts gives better results. Just working out for 1 hour daily is enough. It is also necessary to take rest for 1-2 days in a week, so that the body gets time to recover. Arjun also does walking, swimming and cycling to keep himself fit. At the same time, he is very careful in the matter of eating and drinking. For this, instead of having one full meal during the day, he takes 5 different and small meals throughout the day. If you understand in simple words, then we make a balance of both diet and exercise.

Arjun Rampal used to be a successful model before coming to films. Renowned fashion designer of the industry, Rohit Bal once saw Arjun in a party and he was quite impressed with his looks. After this he helped Arjun a lot in his modeling career. After modeling for a long time, she started her film career in the year 2001 with the film ‘Pyaar Ishq Aur Mohabbat’. Arjun Rampal has also received many debut awards for doing a good job in this film. After this, he was also awarded the National Award for the film ‘Rock On’ in the year 2008.

Arjun could not show special amazing in films

If attention is paid to Arjun Rampal’s entire career, he could not achieve the fame he achieved while modeling. Even after working in Bollywood films continuously for almost 21 years, he did not get the success that he should have got. Talking about his films, films like ‘Deewanapan’, ‘Moksha’, ‘Asambhav’, ‘Dil Ka Rishta’ and ‘Ek Ajnabee’ flopped badly at the box office. So on the other hand, films like ‘D-Day’, ‘Ra.One’, ‘Heroine’ and ‘Daddy’ also failed to earn much at the box office.

As far as Arjun Rampal’s personal life is concerned, he married model Mehr Jessia in the year 1998. He had two daughters with her, Myra and Mahika. But his married life with Mehr Jesia was not very good and after 20 years of marriage, both of them parted ways. After the divorce, African model Gabriela Demetrades entered Arjun Rampal’s life. Both started living together in live-in. Arjun and Gabriella are also parents to a son named Eric. The special thing in this relationship is that Arjun Rampal has not married Gabriela yet. Although both are living a happy life.