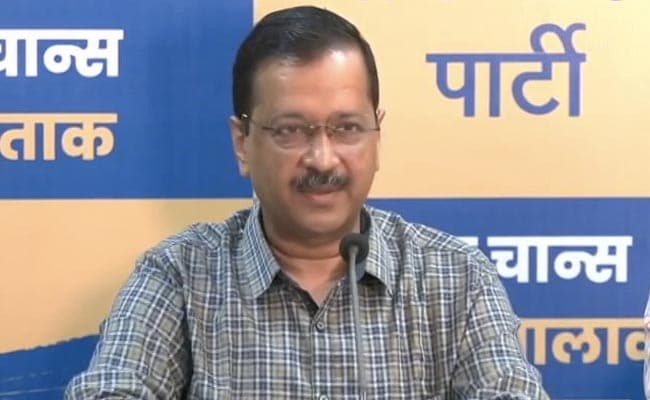 A police case has been filed against Arvind Kejriwal and his Aam Aadmi Party or AAP for a video, which the poll body says makes “false and frivolous allegations against other parties” and violates the model code of conduct in Punjab. The state votes tomorrow to elect a new government.

“It is submitted that Model Code of Conduct has been enforced in the State of Punjab. In the light of MCC no party can put any objectionabe videos targeting particular leader of any prevalent handles on internet,” said the chief electoral officer in Punjab.

The complaint against the Delhi Chief Minister, whose party is contesting the polls in the state, was made by Akali Dal’s vice presient Arshdeep Singh, who raised objections to the video. The party said the video “intended to malign the image of Shiromani Akali Dal and other political parties in th eyes of general public”.