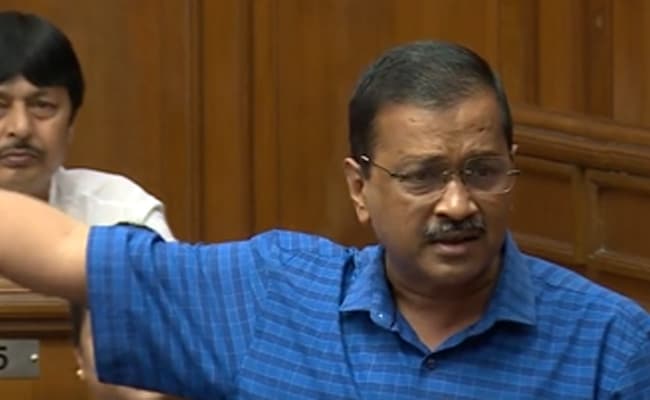 “They are saying make The Kashmir Files tax-free. Well, put it on YouTube it will be free,” said Mr Kejriwal amid laughter and thumping of desks by Delhi assembly members.

“Why are you asking us to make it tax-free. If you are so keen, ask Vivek Agnihotri to put it on YouTube, it will all be free. Everyone will be able to see it in a day. Where is the need to make it tax free,” Mr Kejriwal said.

Why not ask @vivekagnihotri to upload the whole movie on YouTube for FREE?

The film has been declared tax-free in most BJP ruled states including Uttar Pradesh, Tripura, Goa, Haryana, Gujarat, and Uttarakhand.

The feature film, which has received unprecedented government backing, is based on the exodus of Kashmiri Hindus from the Kashmir valley during the height of militancy.

Delhi CM @ArvindKejriwal asks @vivekagnihotri to upload #KashmirFiles on YouTube .. Why tax concessions ..? That doesn’t applies for other films .. Shame on you Ad CM …. Shame . pic.twitter.com/AgJFkh8orx

The movie, which had released in theatres on March 11, stars Anupam Kher, Mithun Chakraborty, Pallavi Joshi, Darshan Kumaar, and others.