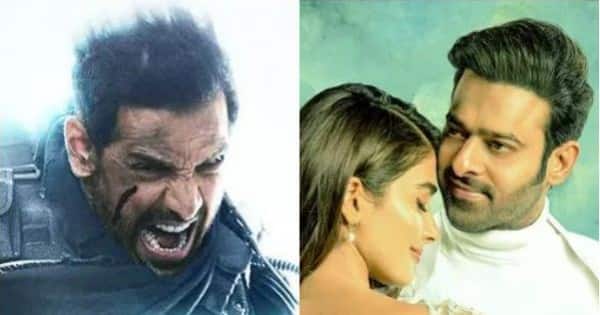 Last week, a big release like RRR had hit the big screens, and series like Bridgerton season 2, and others started streaming on OTT platforms. While RRR is ruling the box office, the web series are getting good viewership on streaming platforms. Well, this week also many interesting films and web series are all set to release. From action to romance, the audience has many options to watch this week. So, below is the list of theatrical and OTT releases to look forward to this week… Also Read – Shaheer Shaikh, Shivangi Joshi and more: 9 TV actors who dared to quit successful shows

Theatrical Releases
Attack
John Abraham starrer Attack is all set to hit the big screens on 1st April 2022. John will be seen playing the role of a super soldier in the movie, and the trailer has surely grabbed everyone’s attention. The movie also stars Rakul Preet Singh and Jacqueline Fernandez. Also Read – IIFA Awards 2022: Salman Khan, Varun Dhawan, Ananya Panday and Maniesh Paul have a gala time at the press conference – View Pics

Mishan Impossible
In the past few years, we have mainly seen Taapsee Pannu in Hindi movies. But, coming Friday (1st April), the actress’ Telugu film Mishan Impossible is all set to release in theatres. Fans of Taapsee would be excited to watch her on the big screen as her last theatrical release was Thappad (2020). Also Read – RRR: Karan Johar hails SS Rajamouli as the biggest Indian filmmaker; says, ‘Hindi film Industry is inspired every week’

Moon Knight (Disney+ Hotstar)
Marvel Studios’ Moon Knight will premiere on Disney+ Hotstar on 30th March 2022. It’s a six episodes series and every week, till 4th May 2022, one episode of the show will be released on the OTT platform.