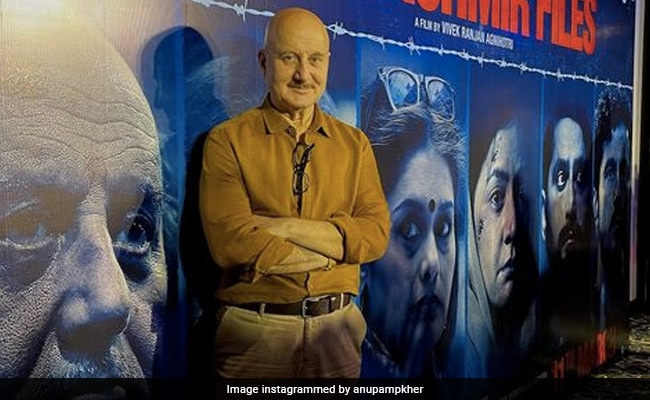 ‘The Kashmir Files’ depicts the exodus of Kashmiri Pandits from the Valley in the 1990s.

A ruckus ensued at a movie theatre in Noida as the screening of the movie ‘The Kashmir Files’ was disrupted briefly, with the police reaching the site to pacify the audience, officials said on Wednesday.

According to police officials, a glitch in the central air conditioning system of the auditorium forced the personnel to pause the movie’s screening, leading to a ruckus by the audience at around 7.30 PM.

The show was resumed as soon as the air conditioner was quickly fixed by the management of the multiplex located within a shopping mall under Sector 39 police station limits, they said.

“There was a problem in the AC system. It was a packed house and the weather was also a little warm yesterday (Tuesday). The audience was also excited about the new film. That resulted in the commotion,” a police spokesperson told PTI.

“The AC was fixed immediately by the mall management and the film show resumed soon. A team of officials from the local police station had also reached the spot after being alerted about the ruckus,” the official said.

The police denied allegations, which surfaced on social media, that the screening of the movie was halted deliberately by a multiplex official belonging to a minority community.

Written and directed by Vivek Agnihotri and produced by Zee Studios, the ‘The Kashmir Files’ depicts the exodus of Kashmiri Pandits from the Valley in the 1990s.

The Uttar Pradesh government had on Tuesday announced that the screening of the movie would be made movie tax-free.