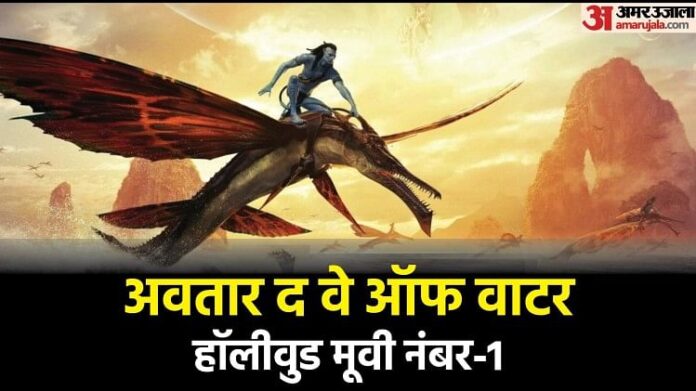 Producer-director James Cameron’s new film ‘Avatar the Way of Water’, which has done more than 1.5 billion dollars (Rs 12800 crores) worldwide in three weeks of its release, has become the highest-grossing film in India. Has earned the title of The film has earned Rs 373.25 crores including its 24th day of release and advance bookings of 25th day. This earning has surpassed the earning of Rs 372.22 crore of the Hollywood film ‘Avengers Endgame’ released three years ago. The Indian language versions of the film have done exceptionally well. Especially the Hindi version of the film has been given a lot of love by the North Indian audience.

Honey Singh: Honey Singh praised Urfi Javed, said, ‘All the girls of the country should learn from her’
Strong earnings in the fourth week as well
The film ‘Avatar The Way Of Water’ has entered the fourth week of its release. On Monday, the film will complete a glorious 25 weeks. The film has collected around Rs 4 crore in India on its fourth Friday of release, Rs 6.05 crore on fourth Saturday and around Rs 8.50 crore on fourth Sunday as per initial figures. The film, which collected Rs 193.60 crore in its first week of release, continues to hold the box office despite a drop in ticket prices.

B-Town: Apart from Kiara-Siddharth, shehnai can also be played at the house of these celebs this year, wedding preparations are going on
on track from day one
The film ‘Avatar the Way of Water’ tells the story of a fictional planet Padora. The film follows the story of the previous film, with the human incarnation of Jake Sully arriving among the natives of Pandora, becoming a navigator, and then marrying the prince of the most powerful clan there. The film took an impressive opening of Rs 40.30 crore on the very first day of its release in India. Disney India management, the company that released the film in India, expected the film to earn better in South India than North, but Hindi-speaking audiences have given the film more love than Tamil and Telugu audiences.

Unreleased Movies: These films could never be made, some stopped midway and many lost crores of rupees
Earned 120 crores in Hindi only
By the third week, the collection of the film ‘Avatar the Way of Water’ in India had reached Rs 353.95 crore. The film earned Rs 187.23 crore in English, Rs 116.13 crore in Hindi, Rs 27.27 crore in Telugu and Rs 17.30 crore in Tamil during this period. The film showed signs of staying in the long race in the second week itself when it earned a total of Rs 100.50 crore in the second week, leaving behind the film ‘Avengers Endgame’ in the week-wise earnings comparison. The film has earned around Rs 120 crore in Hindi till the fourth weekend.


The top 5 highest grossing movies in India now are as follows: