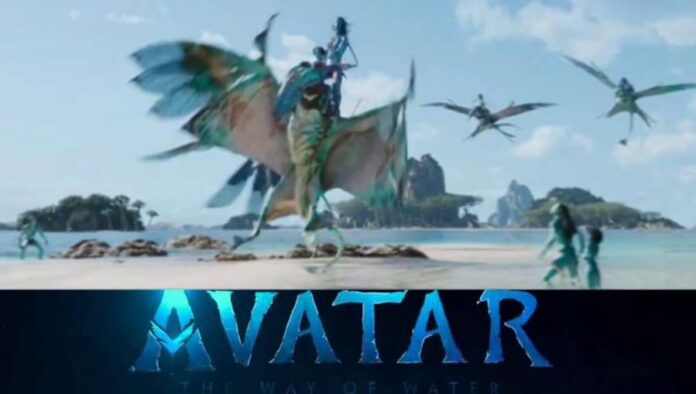 New Delhi: The new trailer of ‘Avatar the Way of Water’ has been released. Once again the mesmerizing trailer hits the screens to bring alive the magical world that people have in mind, where giant blue amphibious dragons rule the skies as well as the seas. The scene of this trailer is winning the hearts of the people. Also, it is reminding people of the popular series ‘Game of Thrones’.

The film will be released on December 16

James Cameron’s film ‘Avatar’ is all set to release worldwide on December 16, 13 years after the blockbuster. The new trailer shows Sam Worthington as Jake Sully and Zoe Saldana teaching their kids to ride their dragons. The screen covers large views of the sea as well as the sky. The trailer also reminds us of the hit ‘Game of Thrones’ and the recent prequel, ‘House of the Dragon’ series, as blue dragons take over the skies on the battlefield.

‘Avatar’ released in 2009 and went on to become the highest-grossing film of all time, grossing over USD 2.9 billion globally. The sequel was announced in 2011 by director James Cameron, but the film will eventually be released in cinemas worldwide on December 16. ‘Avatar: The Way of Water’ stars Sigourney Weaver, Stephen Lang, Cliff Curtis, Joel David Moore, CCH Pounder, Edie Falco, Jemaine Clement, and Kate Winslet.

It took 13 years to make the story

James Cameron recently revealed that it took at least 13 years to prepare the script for ‘Avatar 2’. Which later had to be thrown in the garbage. This suggests that at least one full year of the 13-year gap between 2009’s ‘Avatar’ and 2022’s ‘Avatar: The Way of Water’ was spent on a screenplay that was never revealed to anyone. Will come The film will release in India on December 16 in English, Hindi, Tamil, Telugu, Kannada and Malayalam.

Bholaa Teaser Out: Ajay Devgan seen with Shrimad Bhagwad Gita, attacking with Trishul in the cool teaser of ‘Bhola’