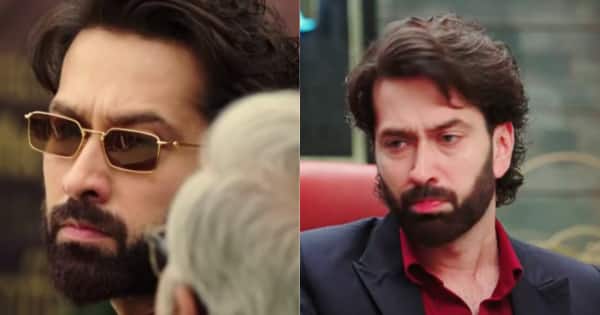 Bade Achhe Lagte Hain 2 may not be raking in the TRPs, however, online it is quite popular. The latest episode of Nakuul Mehta and Disha Parmar starrer TV show saw Ram slamming Mahendra Sood aka Priya’s father for being the worst father to his daughters. And his swag during the same is winning hearts. It so happened that Priya is all upset due to her differences with Ram over Akshay. After Anjali’s lies, everything has been messed up. Priya and Ram are having facing tough times in their relationship as each is supporting their brother or sister. Also Read – Harshad Chopda in Yeh Rishta Kya Kehlata Hai, Nakuul Mehta in Bade Acche Lagte Hain 2 and more — You’ll be STUNNED to know the per day fee of these TOP TV stars

Now, the latest episode saw Priya aka Disha Parmar being upset. She is at the bakery and Mahendra Sood aka Abhay Bhargava drops by. He slams Priya for everything that happened. Priya retaliates saying that it was his curse that is coming true. Her married life is in a mess thanks to his curse. She taunts him saying he should be happy. Mahendra Sood will still not change and continue taunting Priya. Ram aka Nakuul Mehta, who had come to the bakery will stop on seeing them both together. He will overhear everything including Priya’s sad confession on Mahendra’s curse for her married life. Also Read – Bade Achhe Lagte Hain 2 Top 5 twists: Ram’s love confession for Priya; Vedika’s plans fail and more…

Ram will be furious with Mahendra Sood. After Mr Sood leaves, Ram follows him and slams him for being such a bad father. And the clip of the same is going viral on social media. Netizens are bowled over by Ram’s cool swag and the stand he took for Priya against her father. Later, we also saw how he called her ‘Meri Priya’ while talking about Mahendra Sood’s audacity with Adi. Fans are going gaga over Nakuul’s ‘Meri Priya’ dialogue. Check out the tweets here: Also Read – Mansi Srivastava-Kapil Tejwani wedding: Ishqbaaaz’s Surbhi Chandna, Kunal Jaisingh, Shrenu Parikh’s epic reunion makes us miss Nakuul Mehta aka SSO – view pics

#BadeAchheLagteHain2
What a swag????
Ram was on fire today???
An epi totally dedicate to his swag???
Gosh we all are now getting jealous of Priya she has a handsome dashing husband we need a slice of him for us??❤❤?? pic.twitter.com/fOnCfZHWb1

ram can’t see pri in pain. he’s so so so protective of his wife my heart can’t handle. *ugly crying*#BadeAchheLagteHain2 | #RamYa pic.twitter.com/oW9x25OLoR

Done the with
Neeraj nd Mr.Sood✅
Who’s next to witness this version of RamKapoor???
Vedika or Shubam or Mythri??
Hope it’s Vedika or Shubam#NakuulMehta#BadeAchheLagteHain2 https://t.co/PzI18c3zfv

The fury in his eyes is so palpable #BadeAchheLagteHain2 “How dare you speak like that to my wife?” https://t.co/fTIOihJqkW pic.twitter.com/thNjKWXKNk

IT IS MERI PRIYA rach….#BadeAchheLagteHain2 #balh2

To want to stand in between the person who has become your life – and life itself – to shield, to protect; to feel; to hear one’s own heartbeat buzzing in one’s ears; not let them know; what is this but Love? #BadeAchheLagteHain2 https://t.co/oas65kr275

I feel This bit from the episode is Soo True…
Fathers play an important role in a girl’s life…(as far as I know)?#NakuulMehta#BadeAchheLagteHain2 pic.twitter.com/FNev90UPEs

Meanwhile, we all know that Ram has fallen in love with Priya and likewise with the latter. However, they are yet to realise their feelings for each other. In the upcoming segment of Lohri, Priya will meet with a major accident and Ram will save her. It is when Priya’s life will be in danger that Ram will realise his love for her. Fans are eagerly waiting for Ram’s love confession.