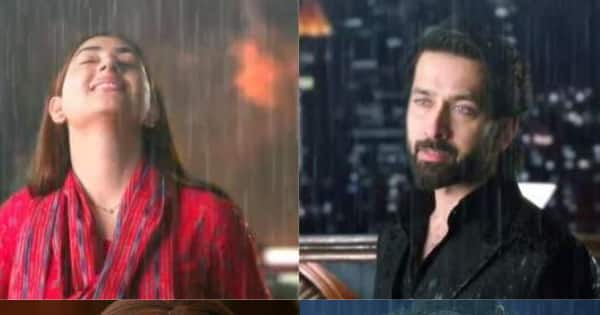 Bade Achhe Lagte Hain 2 is one show that has got fans well invested in the lead pair of Nakuul Mehta (Ram Kapoor) and Disha Parmar (Priya Sood). Fans have been complaining how the love story of RaYa took an unusually long time to start. There was a lot of focus on side characters (read villains and vamps) like Vedika, Nandini and Mahendra Sood. But now fans are hoping that the love story of the couple will finally begin. In the past few episodes, Ram (Nakuul Mehta) and Priya (Disha Parmar) have become very protective about one another. The episode on Friday was loved by one and all. But fans did not understand the meaning of the last dialogue. Also Read – Ajay Devgn has an epic comeback for Amitabh Bachchan who trolled him for his Vijaypath bike scene

Fans posted comments on a new picture of Priya that was shared by writer Nikita Dhond on her Instagram. They told her that Bade Achhe Lagte Hain 2 should be made till Saturday as it was tough to stay away from Ram and Priya for two days in a week. They also told her to keep focus on the couple for now. A comment read, “The precap looks interesting, but just one or two requests – no stereotypical ITV trope like separation, leap etc, no more negative characters in the new entrants (we have had enough already – Vedika, MS, Shashi, Raj, Nandini, Mami – and even those like Rakhi, Sid etc who are thankfully not seen these days). We want #RayaKaSafar and RamAndPriyaKiKahaani.” The viewers have their priorities loud and clear. Also Read – Saif Ali Khan, Sara Ali Khan and Ibrahim Ali Khan go out for lunch; get trolled for not fasting during Ramzan

Nakuul Mehta and Disha Parmar also won the Best Jodi at the BollywoodLife awards. The show is the second season of the superhit show starring Ram Kapoor and Sakshi Tanwar. It is the top rated show for Sony TV. Bade Achhe Lagte Hain 2 will soon seen a cameo from Sakshi Tanwar who will come to promote the movie, Mai on Netflix. Also Read – Abhishek Bachchan denies reports of daughter Aaradhya’s videos being leaked from school – read deets